In 1994 a small elite chose genocide to keep power in Rwanda. They used state resources and authority to incite - or force - tens of thousands of Rwandans to kill the Tutsi minority. Within one hundred days, they slaughtered more than half a million people, three quarters of the Tutsi of Rwanda. The major international actors, France, the U.S., Belgium, and the U.N., failed to heed the warnings of coming disaster and refused to recognize the genocide when it began. They withdrew the troops that could have saved lives and made little protest against the genocide, lest condemnation lead to calls for action.

This study, based on Rwandan government records, dissects the deceptive discourse of genocide and shows how ordinary administrative structures and practices were turned into mechanisms of murder. It describes opposition to the killing campaign and how it was broken. In the words of survivors, it relates how they resisted and escaped. Using diplomatic and court documents, the study details the transformation of international indifference into tardy criticism. By showing how even feeble censure caused changes in the genocidal program, the study suggests what might have been the result had the world promptly and firmly cried "Never Again." 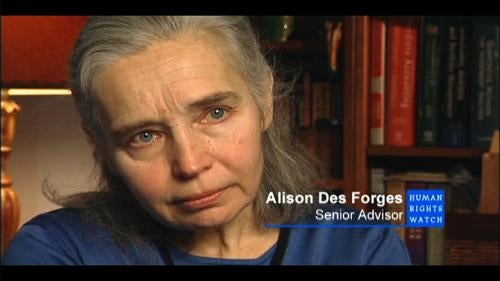