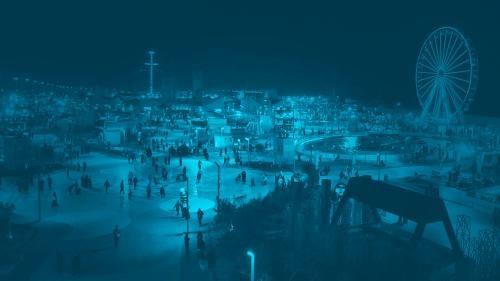 Due to the tireless efforts of these defenders’ families, the international solidarity community, and YOU, the pressure is on Saudi authorities to deliver justice. But there is still much work to be done. Loujain remains banned from travel and has a suspended sentence of nearly three years on charges that define her women’s rights activism as crimes under Saudi Arabia’s terrorism regulations, meaning authorities can return her to prison at any time if she decides to speak out or to resume her activism. Similarly, Samar and Nassima face suspended sentences of about two years and are banned from travel.

Loujain, Samar, and Nassima should have never been imprisoned in the first place, and they deserve justice and compensation for their detention.

Why does the Saudi government need high-profile stars and lavish events like the Jeddah music festival, fashion week, Formula 1, and MDL Beast? It’s part of a very intentional public relations strategy to whitewash their human rights abuses and launder their reputation.

We need your help to rally your favorite artists and athletes and make sure they don’t have #SaudiRegrets.

Sign up to learn more about how Hollywood can consider the human rights impact of its work and make it harder for Saudi Arabia to hide behind entertainment.

A leading women’s rights activist who fought for Saudi women’s right to drive. Arrested in May 2018, authorities subjected her to torture and incommunicado detention. She remains banned from travel and faces a suspended sentence that could put her back in behind bars.

Fierce activist for abolishing the discriminatory male guardianship system and fighting against the driving ban for women. Detained in July 2018, a Saudi court sentenced her to five years in prison in late 2020 on charges linked to peaceful human rights activism. She remains banned from travel and faces a suspended sentence that could put her back in behind bars.

One of the first activists to petition Saudi authorities for Saudi women’s right to vote and run in municipal elections. She was arrested in July 2018. She remains behind bars in retaliation for her activism. She remains banned from travel and faces a suspended sentence that could put her back behind bars.