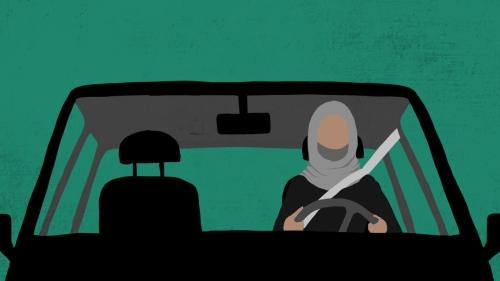 Tell Car Companies To Do The Right Thing

As the eyes of the world is on the murder of one Saudi journalist, the fate of so many other detained rights activists, writers and critics still lie in the balance.

When the Saudi government agreed to let women drive, major car companies publicly and rightly hailed that development. It was a step towards equality for women in the Kingdom and created a lucrative new market for the industry. Now, the courageous women that fought for their right to drive are being arrested, jailed, and harassed. It is a cruel irony that the women who fought for equality are in jail while the companies stand to make millions from the market those women have helped create. They should tell the government to stop going after these activists.

On May 15, just weeks before they lifted the decades-long driving ban on June 24, Saudi authorities launched a large scale coordinated crackdown against the women’s rights movement. They have since arrested at least 13 prominent women’s rights activists and accused several of them of grave crimes which appear to be directly related to their activism. At least nine women continue to be detained without charge, some of whom are awaiting a trial that could have them facing up to 20 years in prison. This is the most serious attack on women’s rights activism.

While Saudi Arabian authorities think they can get away with detaining women’s rights defenders and touting a new era of reform for women, they do care about what businesses and foreign investors think of them including car companies seeking to benefit from the new market. The car companies have so far stayed silent about the arrests of activists, whose years of campaigning they are now benefitting from.

Help free the real champions behind the lifting of the driving ban. Call on car companies to support the release of the detained Saudi women activists. By taking action you will be sending an email to the following car companies: Volkswagen, Ford, Hyundai, Audi, Jaguar Land Rover, Renault, Nissan & General Motors.