What can get you in trouble for anti-war speech in Russia?

After Russia launched its full-scale invasion of Ukraine on February 24, Russian authorities ruthlessly escalated repression and censorship of free speech. They adopted new censorship laws which, among other things, criminalized “dissemination of deliberately false information about the use of Russian Armed Forces,” and set out penalties ranging from fines to up to 15 years in prison.

By mid-July 2022, Russian human rights defenders reported that authorities had launched at least 70 criminal cases on such charges. The risk of criminal prosecutions forced the closure of what remained of independent media outlets in Russia, and the exile of numerous human rights activists, independent journalists, and critics. New laws ban “public actions aimed at discrediting” the Russian Armed Forces or other government agencies abroad. Hundreds of administrative cases have been opened, and new administrative and criminal cases are being opened every day. Repeat offenses may trigger criminal prosecution and imprisonment.

Russian law enforcement has detained thousands of peaceful protesters on these charges. In May 2022, the first criminal case was opened against a “repeated offender” for social media posts. Russian authorities also use other laws to punish critical speech about the war.

Below are examples of the extremely broad range of legitimate, peaceful speech or actions that have triggered criminal charges and administrative penalties.

On March 17, a court in Moscow fined Svetlana Sokolova  30,000 rubles (US$450) for wearing a blue and yellow hat and pin. According to the judgment, by wearing these accessories she was “calling for impeding the deployment of the Armed Forces of the Russian Federation in a military operation”. 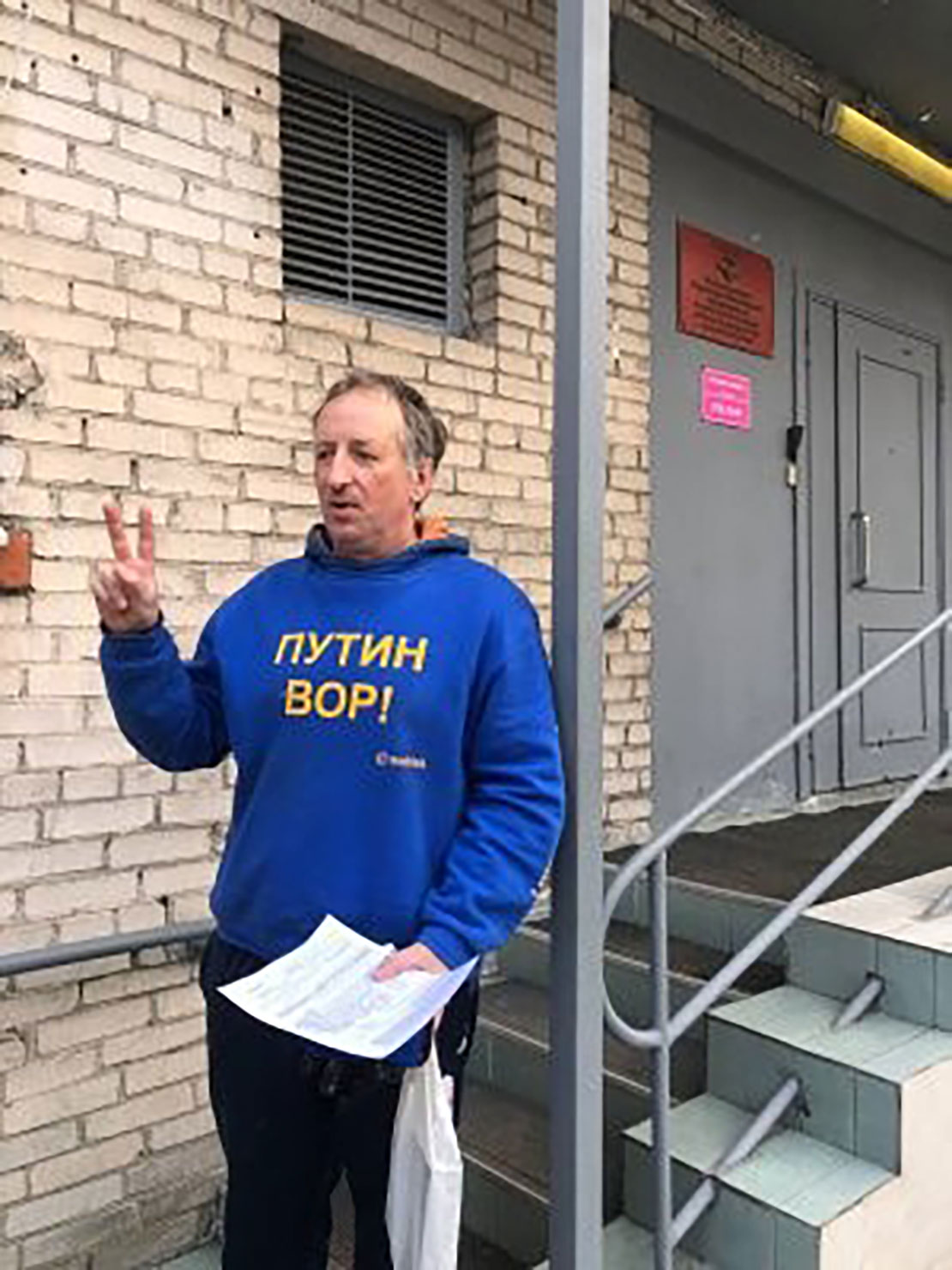 On February 28, a St. Petersburg court fined Konstantin Nadein 500 rubles (US$7.50) on “minor hooliganism” charges for wearing a blue and yellow hoodie that said "Putin is a thief" and "Glory to Ukraine.” On March 30, he was fined 30,000 rubles (US$450), on charges of discrediting Russia’s armed forces, for wearing the same hoodie while jogging, and in April was fined 50,000 rubles (US$750) for the same offence. 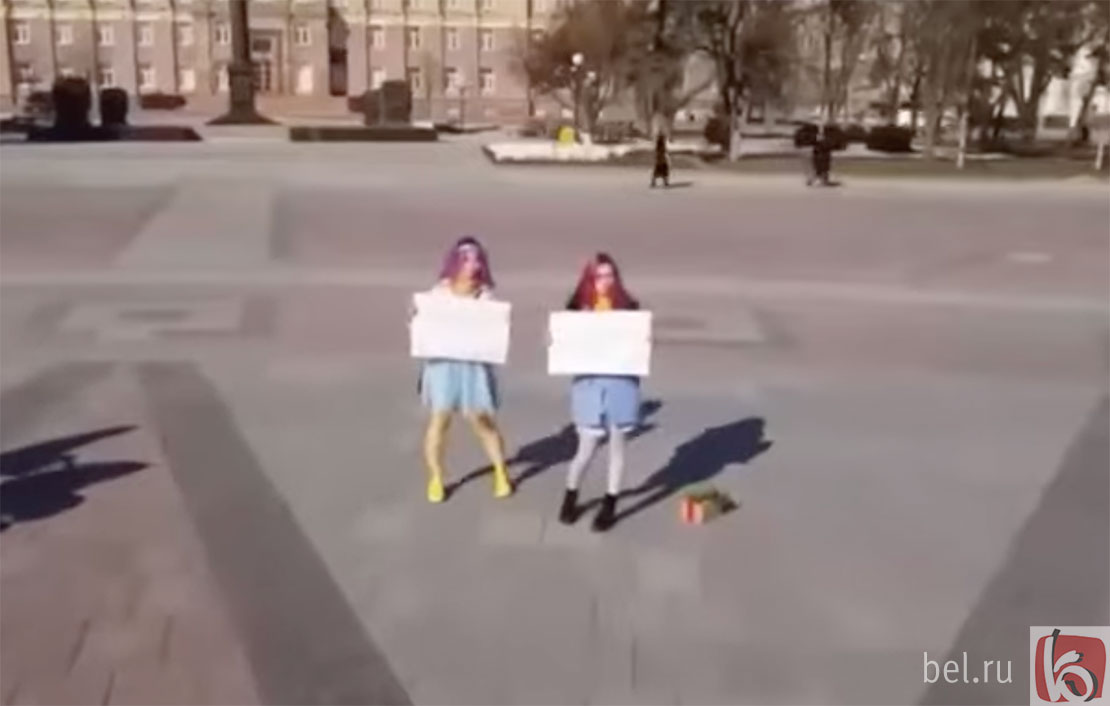 Elena Egorova and her sister, Nadezhda Rossinskaya, were standing in Belgorod’s Cathedral Square on March 20th, wearing blue and yellow clothing with a box of plant seedlings and posters with the words “Coleus – free gift” and “Bulrush, aloe – free gift.”  They were each fined 15,000 rubles (US$225) by a court for “drawing attention to the special operation carried out by the Armed Forces of the Russian Federation in Ukraine by choosing blue and yellow clothes.”

Artist and musician Aleksandra Skochilenko was detained in St. Petersburg on April 13 for replacing price tags in a supermarket with anti-war messages. Replacing price tags was one of several anti-war actions promoted by the Feminist Anti-War Resistance. Skochilenko was put in pre-trial detention until August 1 for “disseminating deliberately false information about the deployment of the Armed Forces of the Russian Federation.” Her health steadily deteriorated in custody as she was denied gluten-free meals that she needs.

Vladimir Zavyalov was charged in Smolensk on April 5 with publicly “disseminating deliberately false information about the deployment of the Armed Forces of the Russian Federation, motivated by political hatred” for replacing price tags in supermarkets with anti-war messages. He is under house arrest pending trial. If convicted, Zavyalov faces between 5 and 10 years imprisonment. 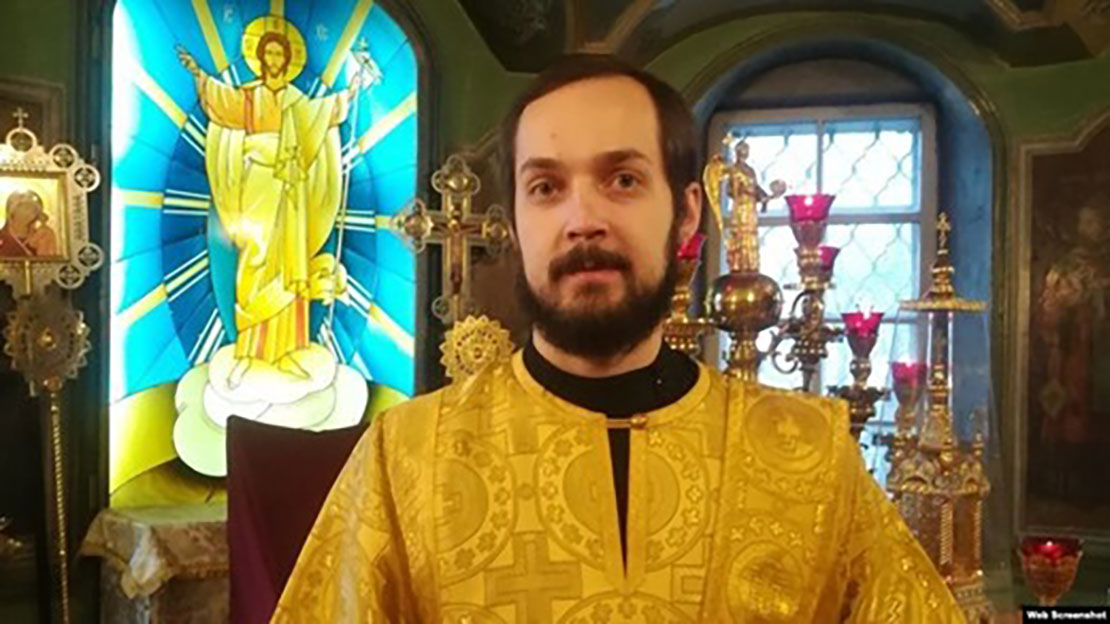 Priest Dmitry Baev, 33, was expelled from the clergy of the Russian Orthodox Church in Kirov on March 11, for writing a Vkontakte post saying that the Ukrainian military sent “17,500 orcs to the afterlife.” “Orc” is a derogatory term for Russian troops. Authorities launched a criminal case against Baev for spreading false information about the deployment of Russia’s armed forces. 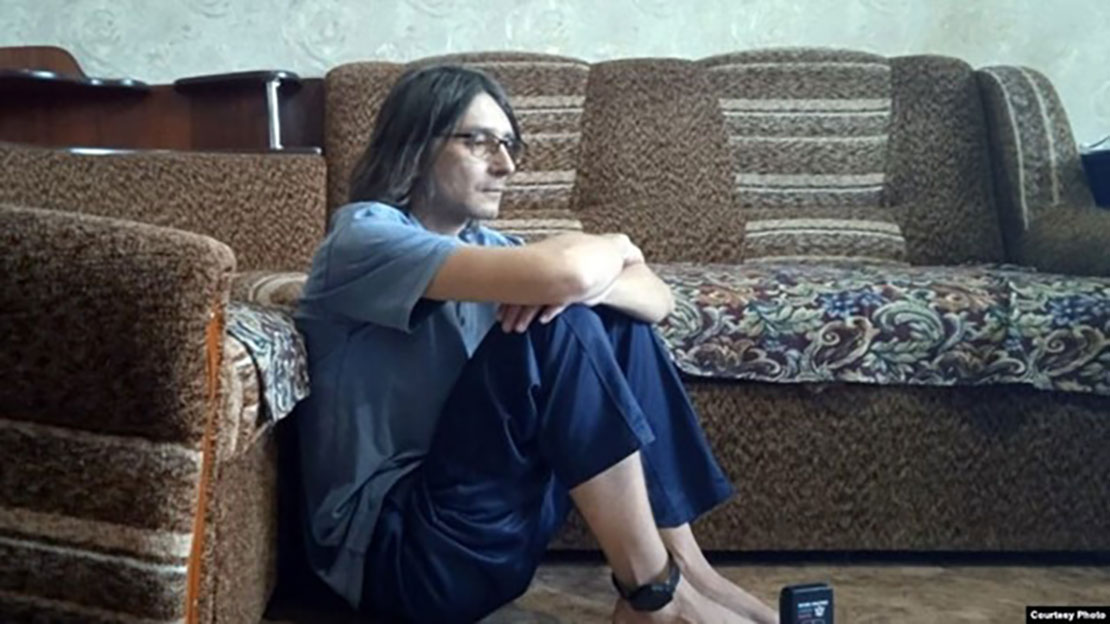 Journalist Andrey Novashov reposted the translation of a story by Mariupol MP Peter Andriushchenko about the siege of the city on VKontakte. He was charged in Kemerovo on April 25 for allegedly in the post calling Russia “the aggressor” and not correctly stating Russia’s objectives in the “special operation.” While awaiting trial, Novashov is prohibited from using the internet or telephone, attending public events or communicating with correspondents from online media outlets Sibir.Realii and Taiga.info.

Sergey Dratovanyy was prosecuted in Surgut on March 10 for misuse of the epithet “Z,” which the government has made into a propaganda symbol of support for the war against Ukraine. He was fined 40,000 rubles (US$600) for the following comment he made in a Vkontakte group: “[T]he sign Z on Russian armor and vehicles means shitheads [засранцы], Russian military personnel eat expired dry rations during the special military operation in Ukraine, all the forests in Ukraine have already been crapped all over [обосраны] because of them.”

Criticizing the war in private 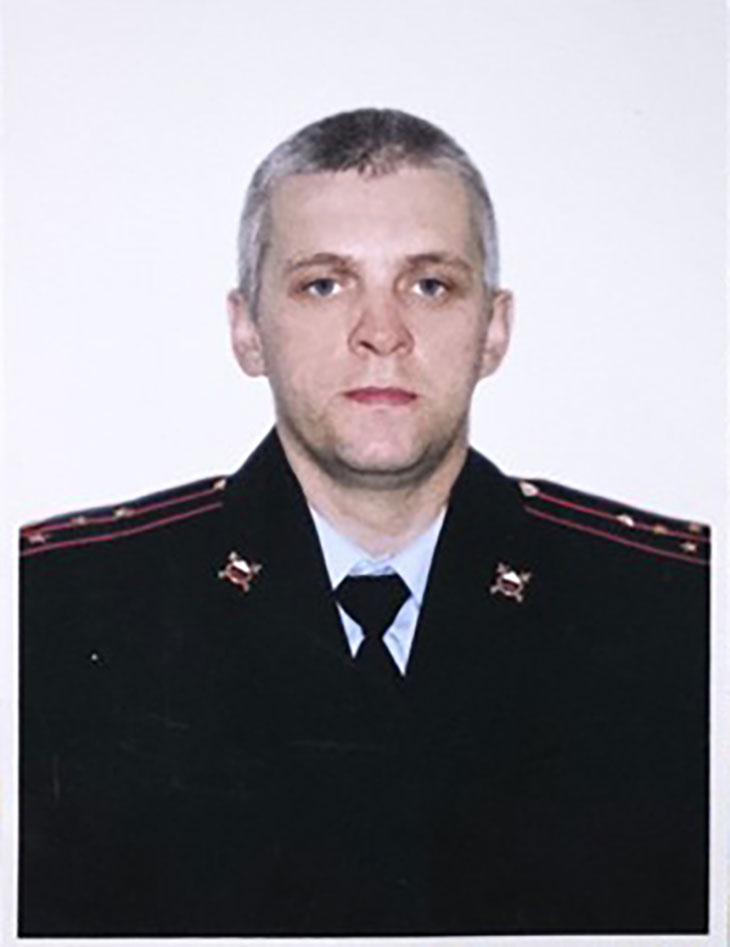 Sergey Klokov, a facilities and maintenance technician at Moscow’s police headquarters, was detained on March 18 for saying, in private telephone conversations with friends and colleagues, that Russia was evacuating wounded troops to Belarus, hiding the true death toll of soldiers, and killing civilians; and that Ukraine was not run by “Nazis.” Klokov has been behind bars since his arrest and faces up to 10 years in prison. 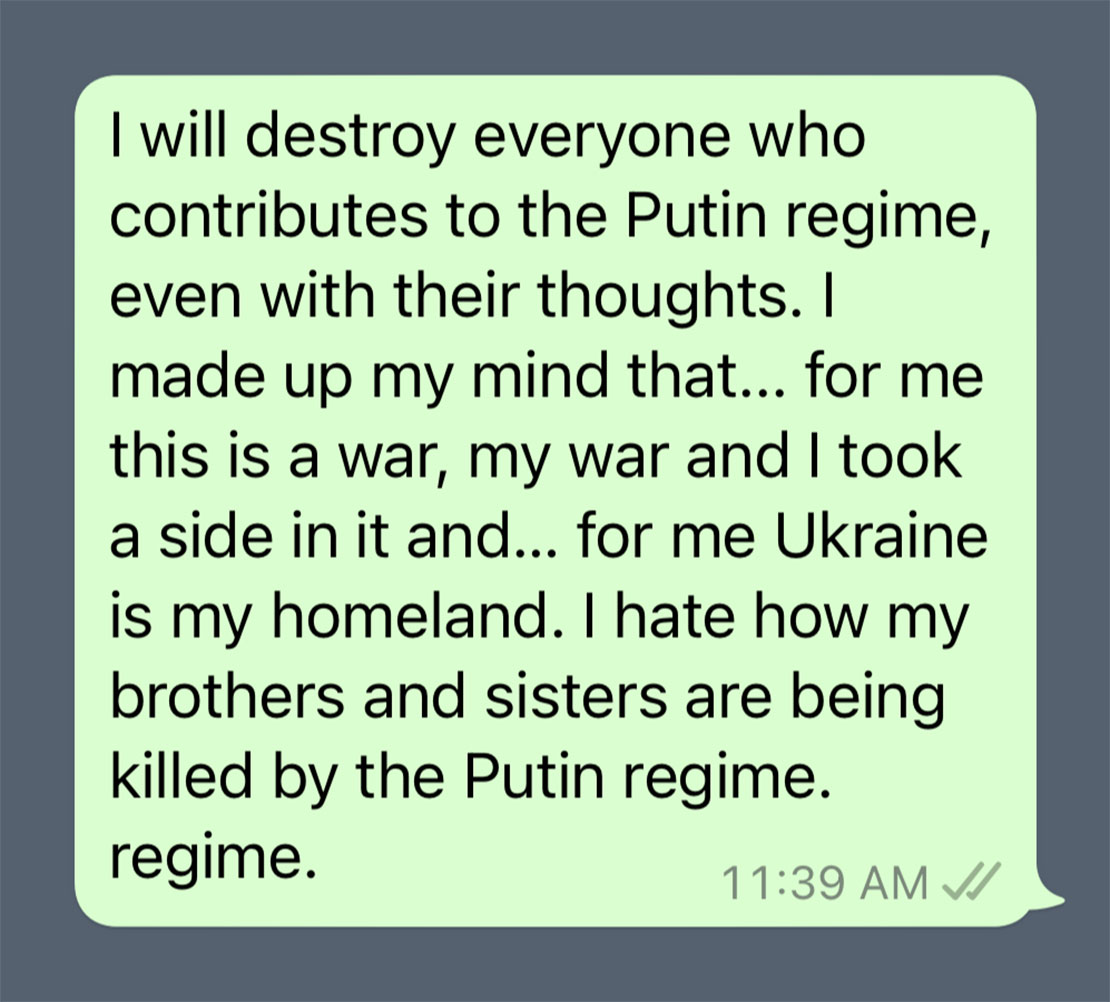 On March 25, a court in Vsevolozhsk, Leningrad region fined Andrey Kopchikov 30,000 rubles (US$450) for “public action discrediting the armed forces” for sending a WhatsApp message stating: “I will destroy everyone who contributes to the Putin regime, even with their thoughts. I made up my mind that…. for me this is a war, my war and I took a side in it and … for me Ukraine is my homeland. I hate how my brothers and sisters are being killed by the Putin regime”.  Kopchikov sent the message to one individual, who then forwarded it.

Displaying the word “self-censorship” in public 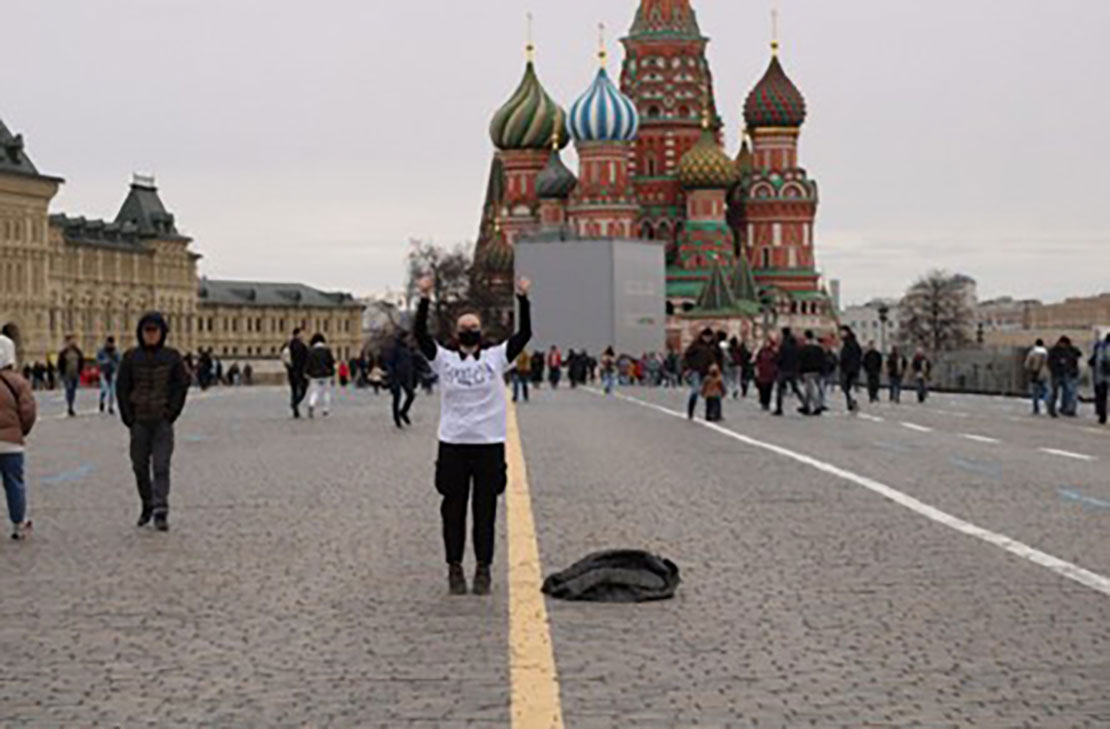 Police in Moscow detained Zlata Evropeytseva on April 17 for standing in Red Square and holding up her arms while wearing a t-shirt saying “self-censorship.” She was convicted on administrative charges of failing to comply with the rules of holding a public assembly. 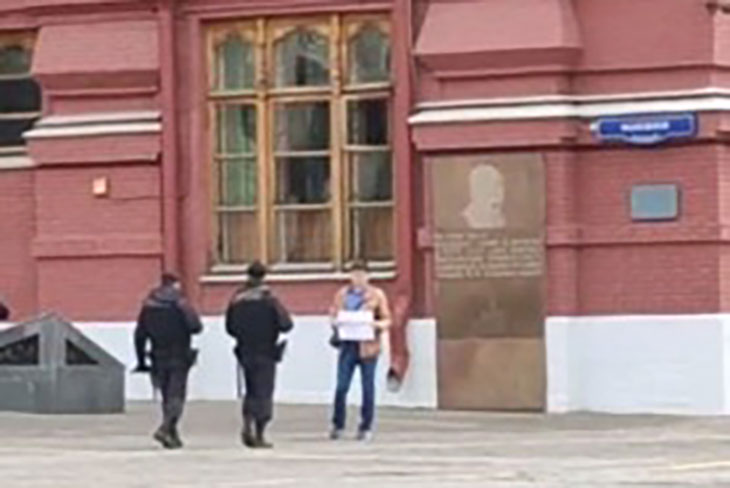 Police detained Gennady Kudashkin on Red Square in Moscow on May 11 for carrying a poster with the word “self-censorship.” He was fined 150,000 rubles (US$2250) for repeatedly violating public assembly rules.

Displaying the words “no war” or “for peace” in public 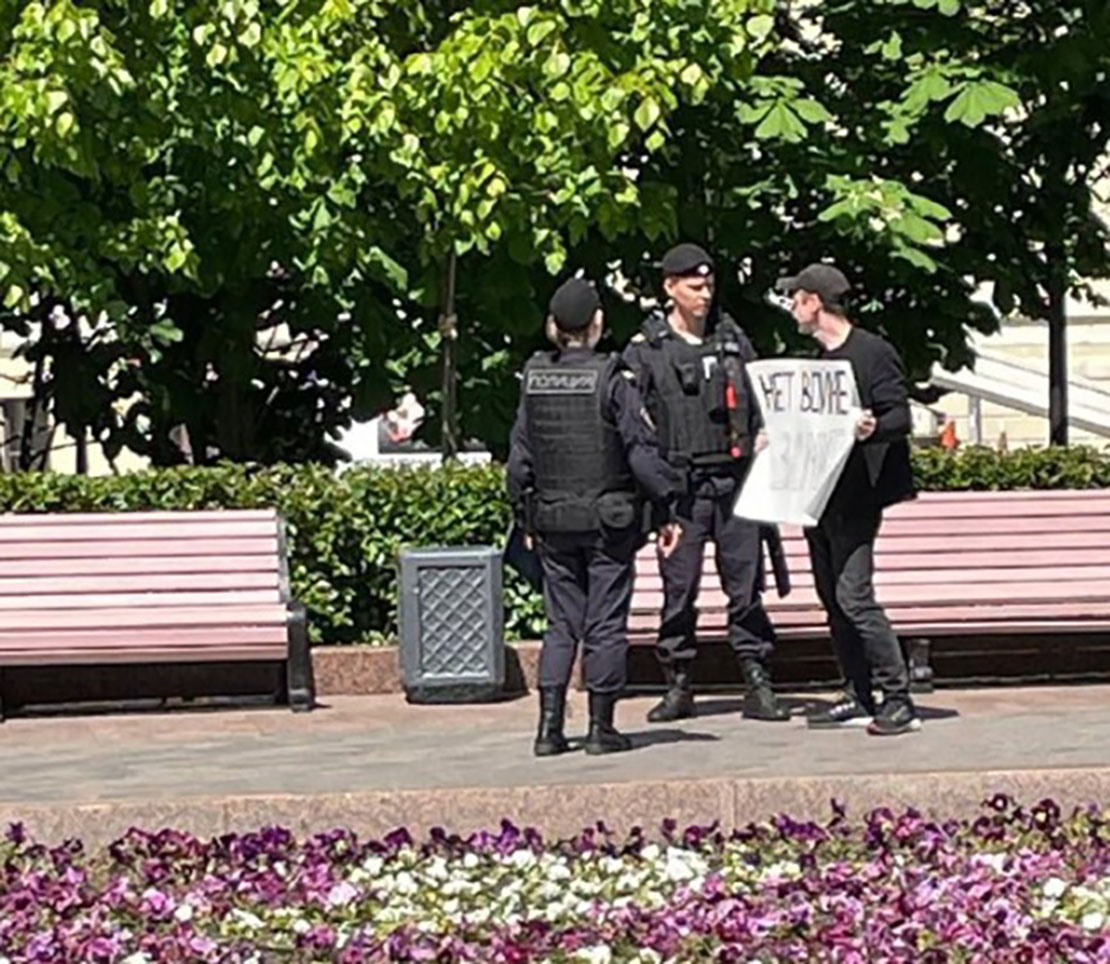 On June 3, a Moscow court fined Vitaly Legotskiy 50,000 rubles (US$750) on charges of publicly discrediting Russia’s armed forces for holding a poster that said “No war. For peace.” 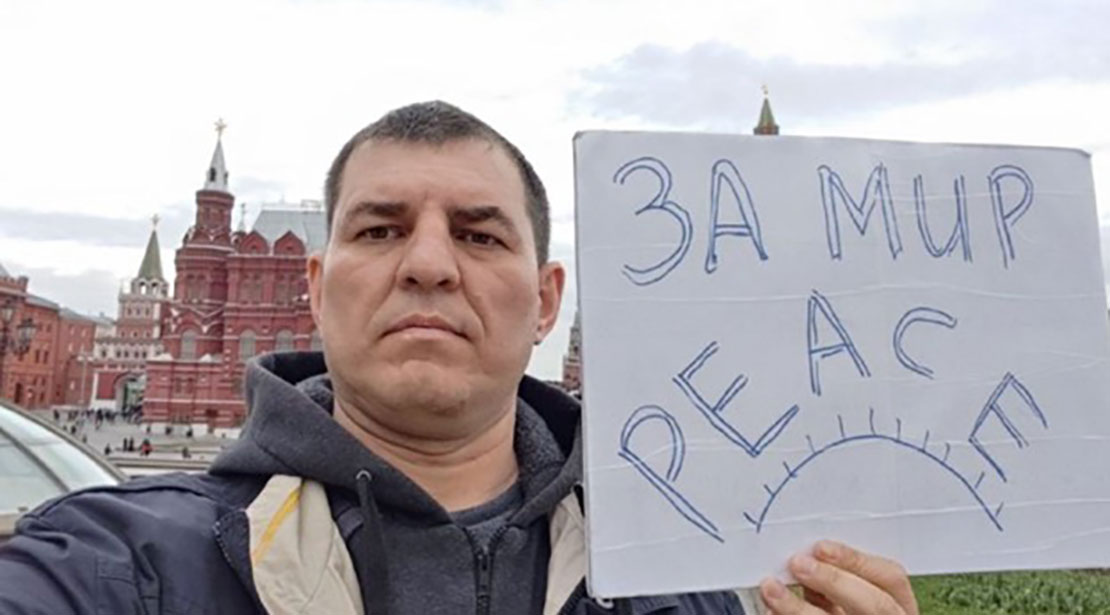 On May 6, a Moscow court fined Sergey Savinov  on charges of publicly discrediting Russia’s armed forces, for holding a poster that said “For peace.”

Displaying a blank poster in public 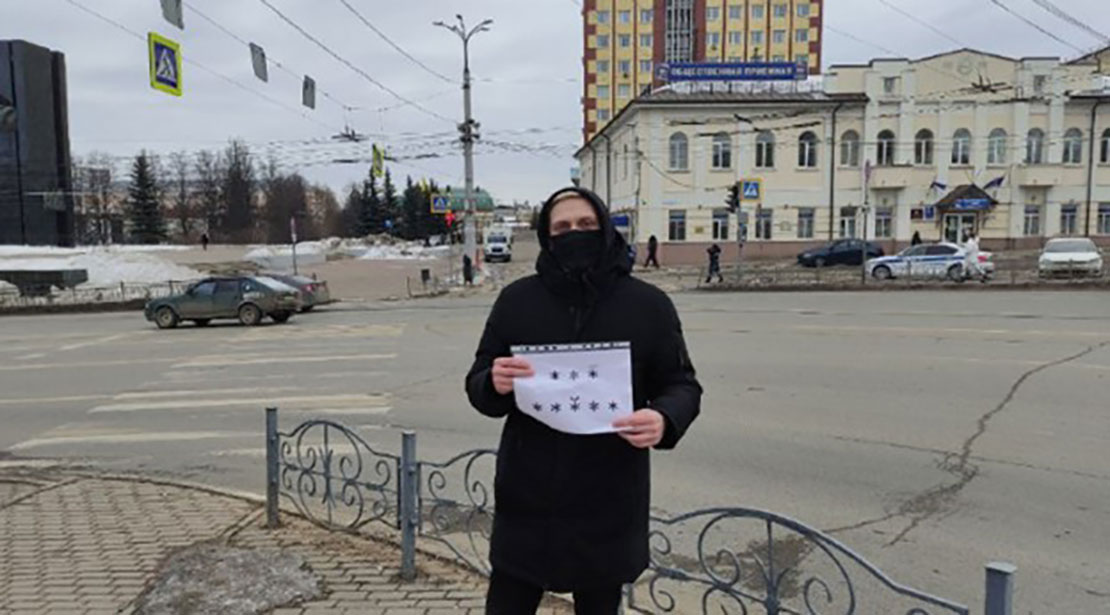 On March 12, authorities in Ivanovo charged Mikhail Gusev with publicly discrediting Russia’s armed forces for holding a poster that said “*** *****.” The allegation is that “*” represents the letters for “нет войне,” the Russian words for “No war.” On June 2 he was fined 45,000 rubles (US$675).

Public speeches regarding the war 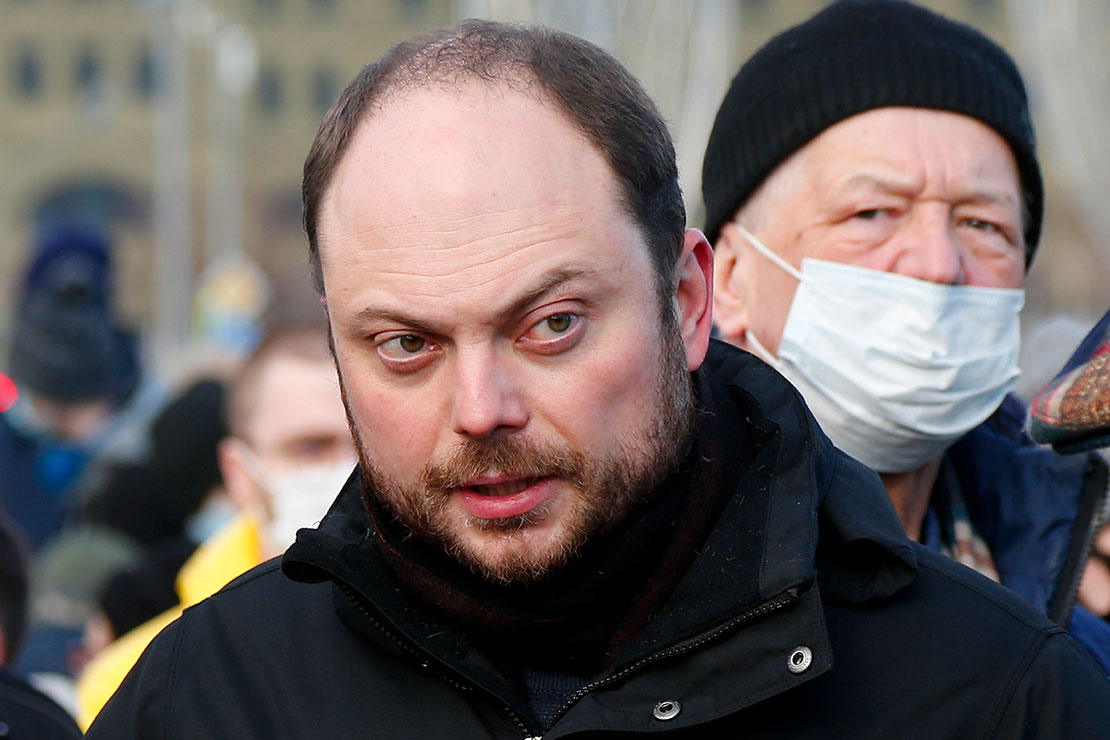 Opposition politician Vladimir Kara-Murza was detained on April 22 for delivering a speech to the Arizona House of Representatives in the US, criticizing repression in Russia and Putin's aggression against Ukraine. He is in pre-trial detention and facing between 5 and 10 years in prison. 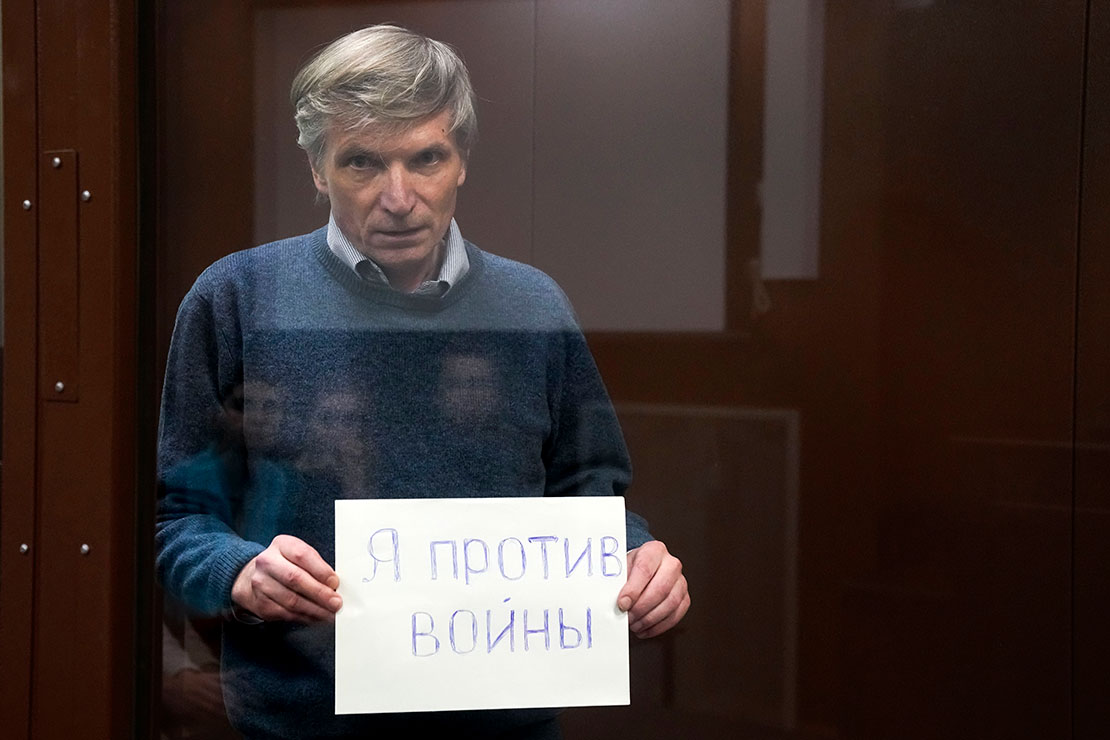 Gorinov holding a sign that says, “I am against war.” Photo © July 2022 private

Aleksey Gorinov, a member of the Krasnoselsky Municipal Council in Moscow, was detained on April 26 for delivering an anti-war speech during the council's March 15 meeting. In July, a court sentenced him to 7 years of prison and 4 years of deprivation of the right to hold positions in government and municipal agencies. He is being denied medical treatment for a preexisting health condition. 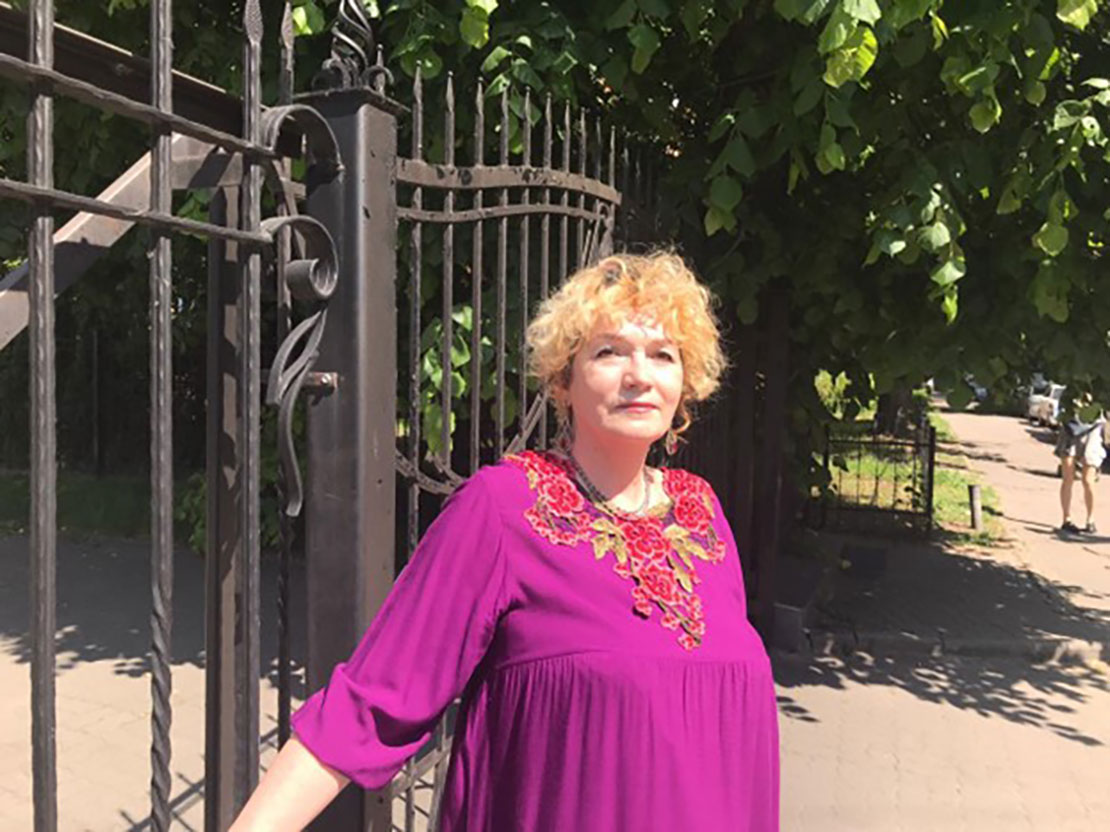 In June, a court in Kaliningrad fined attorney Mariya Bontsler  a total of 60,000 rubles on two counts of “publicly discrediting the Russian Armed Forces” for speeches she delivered in the courtroom while defending two anti-war protesters. 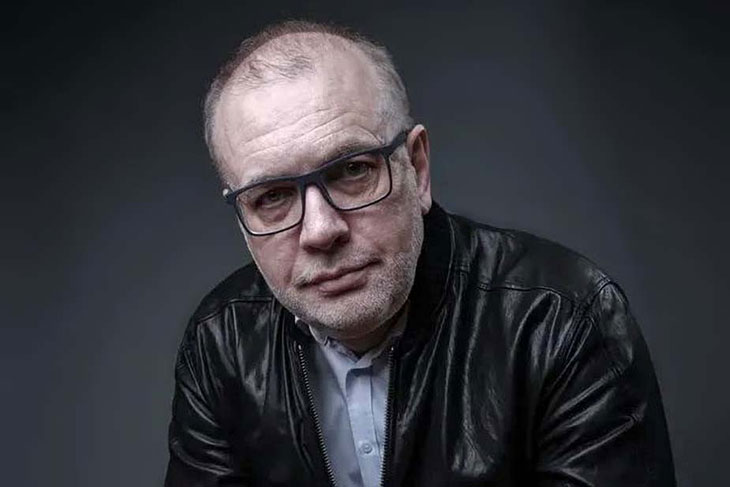 Dmitry Talantov, an attorney and the president of the Bar Association of the Republic of Udmurtia, was detained in Izhevsk on June 28 for posting on Facebook that Russian attacks in Kharkiv, Mariupol, Irpin, and Bucha, Ukraine, were “not even fascism already but extreme Nazi practice.” On June 29, a Moscow court remanded Talantov to pre-trial detention until August 21 for “disseminating deliberately false information about the deployment of the Armed Forces of the Russian Federation.” The hearing was closed to the public. 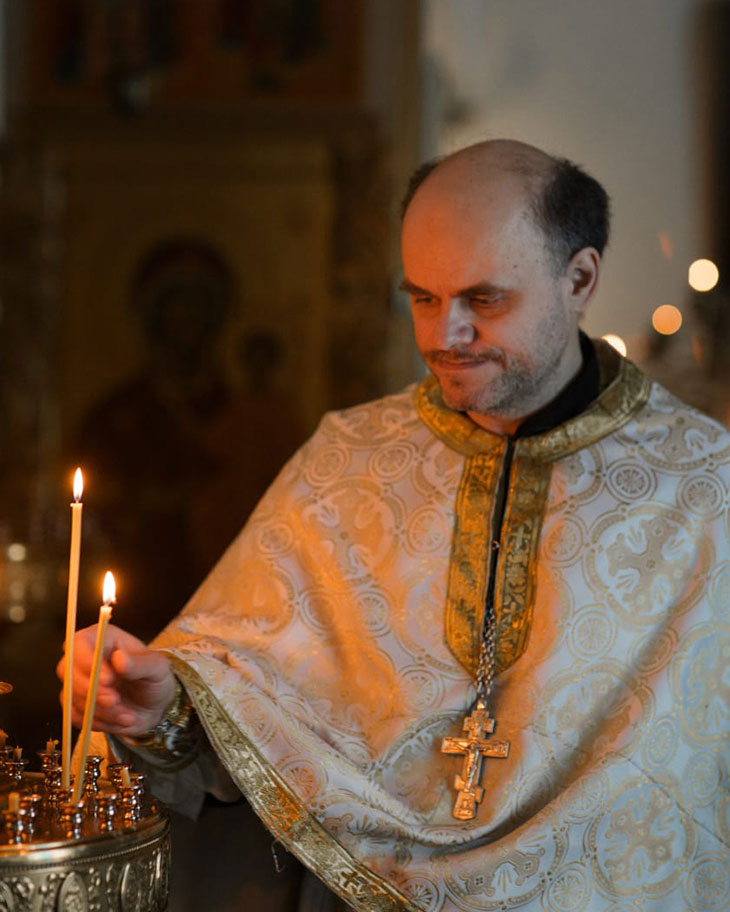 On March 9, a Krasnoselskiy district court fined a local parish priest, Ioann Burdin, 35,000 rubles (approx. US $550) for "discrediting the Russian Armed Forces" in a sermon to his congregation during church services and for a public address published online, where he invoked the “Thou shalt not kill” commandment and condemned Russia’s invasion of Ukraine. 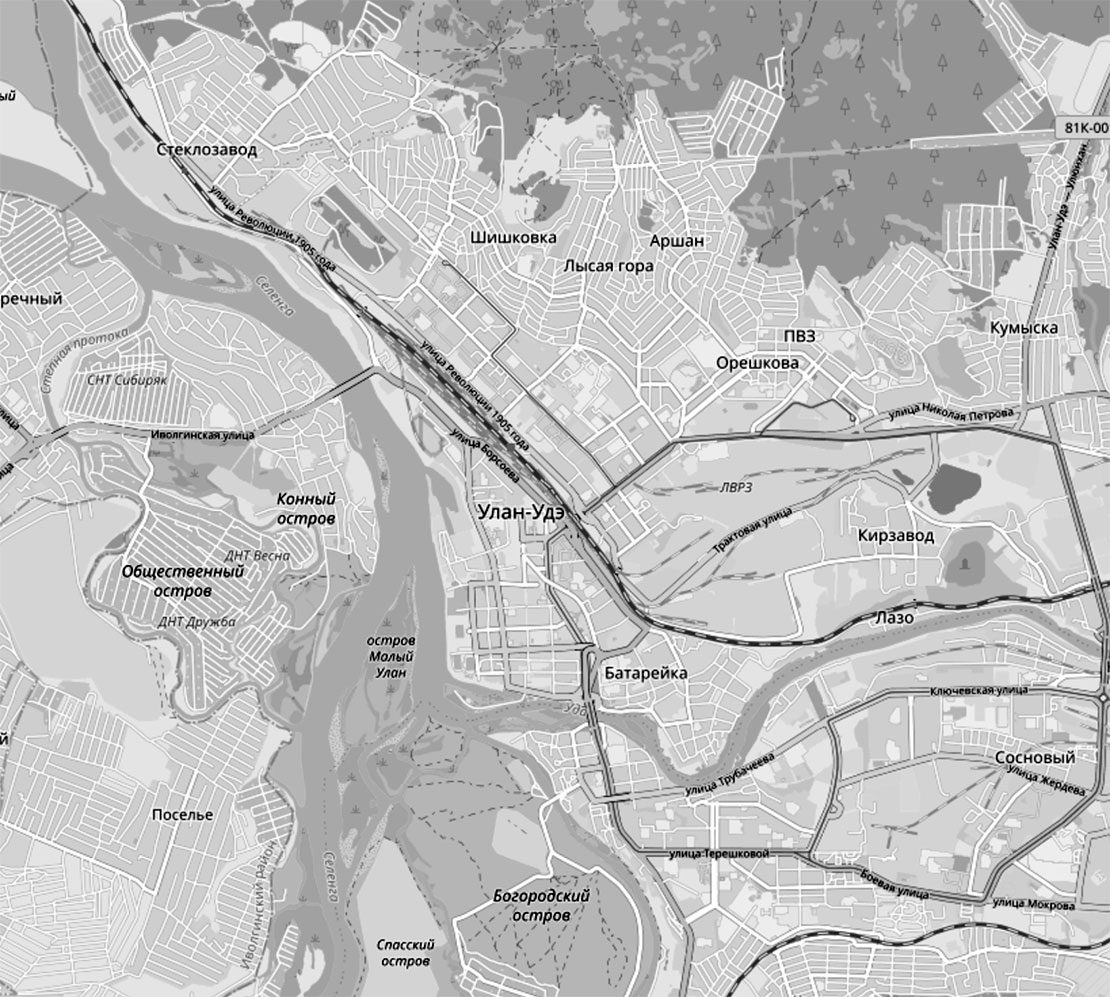 On April 5, a court in Buryatiya, in Siberia, fined Valeriy Yakovlev, a physical education instructor, 30,000 rubles (US$450) on charges of publicly discrediting Russia’s armed forces for tearing down a “Z” symbol glued to a school door. 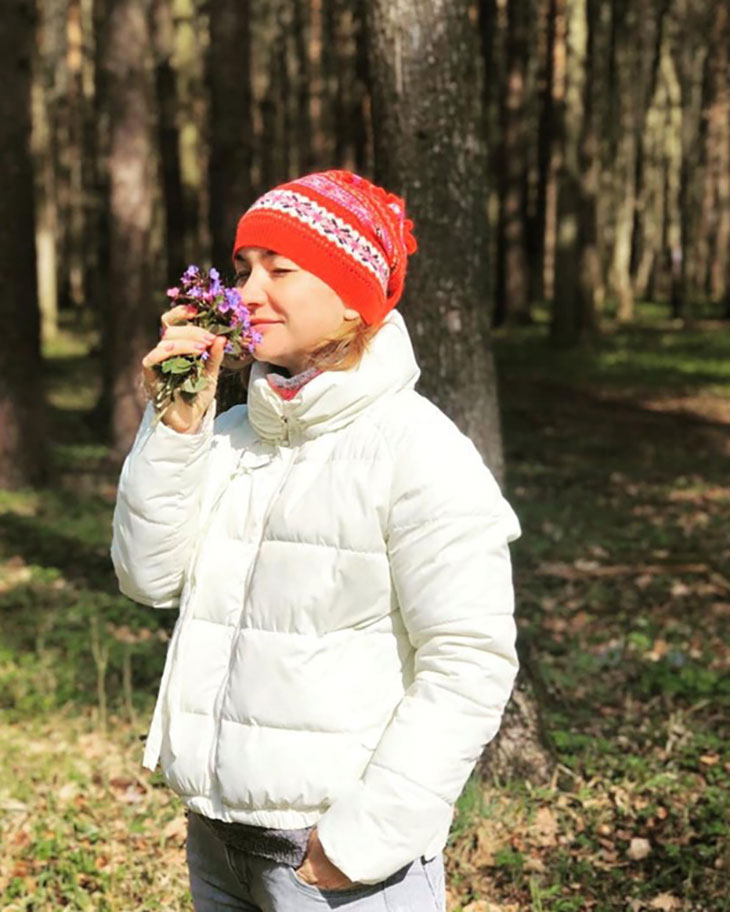 On April 26, April, a court in Tula region convicted Ekaterina Zaripova, a mother of two, on charges of publicly discrediting Russia’s armed forces and fined her 48,000 rubles (US$720) for tearing down “Z” symbols from the windows of the kindergarten attended by her sons. As of this writing, Zaripova’s appeal of the verdict was pending. 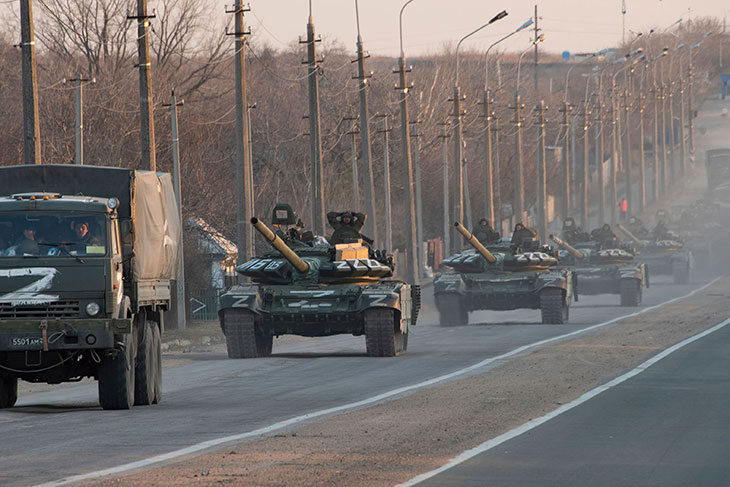 On May 5, a court in Irkutsk convicted student Daniil Pirkovskiy on charges of publicly discrediting Russia’s armed forces and fined him 30,000 rubles (US$450) for tearing down two “Z” flags that were in a bar.