I want to help

The Islamic State of Khorasan Province (ISKP), an armed group affiliated with the Islamic State (ISIS), is carrying out bombings and other targeted attacks against Afghanistan’s Shia religious minority that amount to crimes against humanity, Human Rights Watch said today. The group has also carried out other mass casualty attacks, including the August 29, 2021, suicide bombing at Kabul’s airport that killed 170 Afghans, mostly civilians. 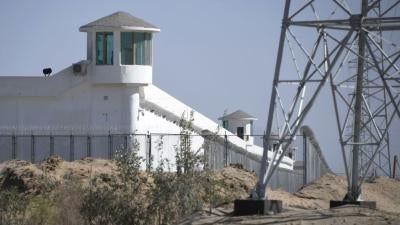 Governments from the world's five regions condemn the Chinese government’s abuses in Xinjiang; forced evictions in Afghanistan; sentenced to death for lighting wildfires in Syria; sham trial over school attack in Cameroon; continued crack down on pro-democracy protesters in Eswatini; small step towards justice for Guantanamo detainee; and your chance to demand an end to attacks on schools.

#WeAreHome: Protect Immigrants in the US

Congress has a major opportunity to bring safety to millions of immigrants.