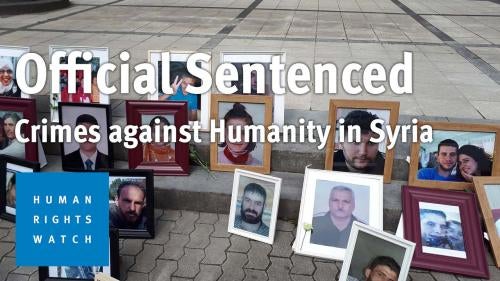 (Berlin, January 13, 2022) – The conviction of a former Syrian intelligence officer for crimes against humanity by a German court is a ground-breaking step toward justice for serious crimes in Syria, Human Rights Watch said today. The judgment is a meaningful moment for civilians who survived torture and sexual abuse in Syria’s prisons.

On January 13, 2022, a German court delivered its judgment in the trial of Anwar R., a former member of Syria’s General Intelligence Directorate, one of the country’s four main intelligence agencies commonly referred to collectively as the mukhabarat. Anwar R. is the most senior former Syrian government official to be convicted for serious crimes in Syria.