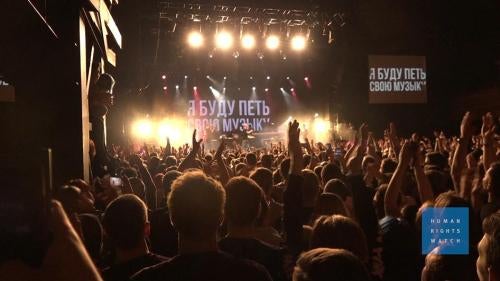 Russian authorities have been interfering with performances of rappers and other musicians popular with younger audiences, forcing them to cancel concerts in acts of censorship that violate freedom of expression. According to Meduza, an independent online media outlet, from October to December 2018, at least 36 performances in cities across Russia were cancelled due to official intervention. Many of the targeted performers are part of Russia’s rap and hip-hop scene, and several are punk rock or electronic groups. In most cases, the authorities claimed they were upholding laws protecting children from the promotion of suicide, narcotics, and other harmful substances. In some cases, they claimed performances risked violating Russia’s ban on “gay propaganda.”