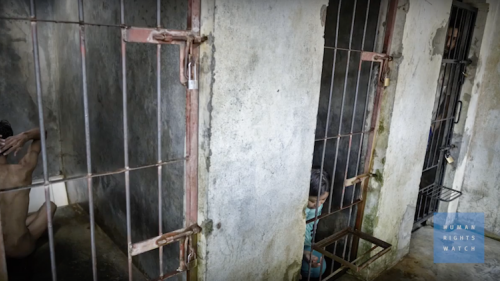 The Indonesian government has taken important steps to end the practice of shackling people with mental health conditions, Human Rights Watch said today. But many people remain locked up in institutions instead of being able to live in the community.

​The number of people with psychosocial disabilities (mental health conditions) who are shackled or locked up in confined spaces dropped from nearly 18,800, the last reported figure, to about 12,800 in July 2018, according to Indonesian government data. The change resulted in part from community outreach to over 16.2 million households