“They Let People Kill Each Other”

The 43-page report, "‘They Let People Kill Each Other’: Violence in Nzérékoré during Guinea’s Constitutional Referendum,” documents the violence which killed at least 32 people and injured more than 90 as clashes between pro-government and opposition supporters ignited longstanding intercommunal and ethnic tensions across Nzérékoré during the elections. Security forces deployed to provide security for the polls did not do enough to prevent the killings or widespread destruction of property, and allegedly killed two people and beat and arbitrarily arrested dozens of men, Human Rights Watch found. 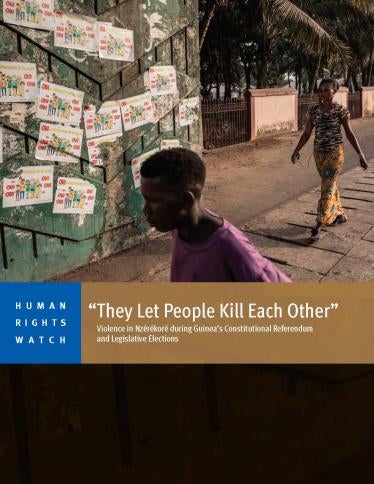