We did it! France has signed the Safe Schools Declaration, agreeing to protect schools from attack and military use during wartime. Thank you to everyone who supported the campaign!

Help us spread the word & urge more countries to sign.

What is the Safe Schools Declaration? ALL children have the right to a safe education.

Around the world, schools are attacked or being occupied by military forces and armed groups in conflict zones... Sports fields become battlefields. Classrooms become munitions rooms. This has a devastating effect on children. It endangers their lives, their teachers’ lives, and denies hundreds of thousands of children their right to education.

It is time we put an end to this threat!

The Safe Schools Declaration is a political commitment to protect education during armed conflict, ensuring a country’s future. So far,  56 countries have endorsed it, including half of the European Union member states, 13 NATO member states, and 12 La Francophonie member states. Many of the countries most affected by the problem of attacks on schools and military use of schools have joined the declaration, including Afghanistan, the Central African Republic, the Democratic Republic of Congo, Somalia, South Sudan, and Sudan. 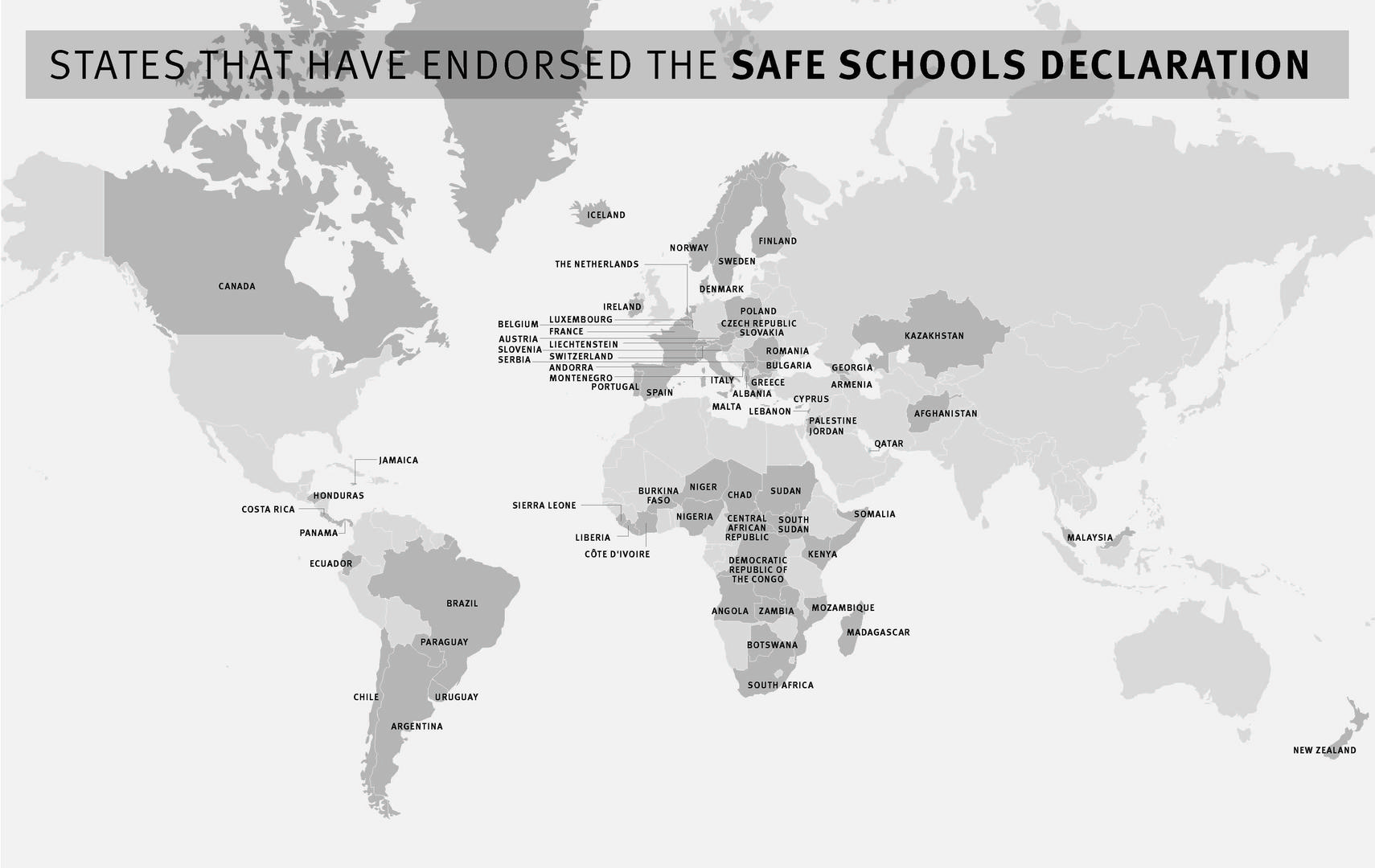