The EU-Mercosur trade agreement should not be considered for ratification until Brazil shows it is ready to uphold its commitments in the agreement to protect the Amazon rainforest.

Today, a Russian court sentenced journalist Svetlana Prokopyeva to a fine of 500 000 rubles on bogus terrorism charges. The conviction of the journalist, who works for the Echo of Moscow and Radio Free Europe, is another devastating blow to media freedom in Russia.

Chairman of the Investigation Committee of the Russian Federation,

General of Justice of the Russian Federation,

We are appealing to you regarding the lack of an effective investigation into the death of Madina Umyaeva. To ensure that justice is done, we request that you transfer the case to the Investigative Committee of the Russian Federation for preliminary investigation and keep it under your personal oversight.

Congress Urged to End Program that Has Increased Militarized Policing

This week, Human Rights Watch joined various rights groups in calling on Congress to end the 1033 Program, which transfers surplus military-grade equipment from the Department of Defense to local law enforcement agencies. The program is under the microscope after police in communities across the US arrived with armored vehicles and assault weapons at largely peaceful protests against police violence and systemic racism.

As explained in a letter sent to the House Armed Services Committee, the program hasn’t made commtunities safer and should be brought to an end:

"The military surplus equipment transfer program, known as the 1033 Program, was formally established in the 1997 FY National Defense Authorization Act.[2] Since its inception, more than $7.4 billion in surplus military equipment and goods, including armored vehicles, rifles, and aircraft, have been transferred to more than 8,000 law enforcement agencies.[3] The program came to national attention in the aftermath of the killing of Michael Brown in 2014 in Ferguson, Missouri. Since then, Congressional leaders have tried to reform or end this program that has caused an increase in militarized policing particularly in communities of color.[4]

"Research studies indicate that the 1033 Program is not only unsafe but ineffective as it fails to reduce crime or improve police safety.[5] In 2015, President Obama issued Executive Order 13688 that provided necessary oversight of the program.[6] The Executive Order has since been rescinded, which only underscores that legislative action -- not executive orders -- is critical to address the concerns with this program.

"In the aftermath of Ferguson, law enforcement agencies across the country have continued to receive military equipment and weapons of war, including '494 mine-resistant vehicles, at least 800 pieces of body armor, more than 6,500 rifles, and at least 76 aircraft.'[7]

"Immigration and Customs Enforcement (ICE) and Customs and Border Protection (CBP) have also received enormous amounts of excess military equipment as part of the militarization of our border.[8] This is particularly concerning at a time when ICE and CBP units are being deployed in response to peaceful protests[9] and for interior law enforcement programs.[10]

In the aftermath of George Floyd’s murder in Minneapolis, millions have demonstrated globally against police brutality and systemic racism. In cities across our country, hundreds of thousands of demonstrators called for justice and accountability for George Floyd and the countless unarmed Black people that have been killed by law enforcement.

In response to the national outrage, armored vehicles, assault weapons, and military gear once again filled our streets and communities, turning them into war zones. Weapons of war have absolutely no place in our communities. What’s more, evidence has shown that law enforcement agencies that obtain military equipment are more prone to violence.[11]

Leave No Woman Behind in Governments’ Response

Governments need to do more to monitor and intervene to prevent violence against women during Covid-19 lockdowns, Human Rights Watch said today in a report to the United Nations special rapporteur on violence against women. The problem may be especially acute for women who face both discrimination and marginalization.

Human Rights Watch welcomes the opportunity to present this submission to the special rapporteur on violence against women, its causes and consequences regarding Covid-19 and the increase of domest

Human Rights Watch welcomes the opportunity to present this submission to the special rapporteur on violence against women, its causes and consequences regarding Covid-19 and the increase of domestic and gender-based violence globally.

This article describes how schools are used for military purposes in today's conflicts. It summarizes the latest data on the practice, before explaining how the military use of schools harms students’ and teachers’ safety and impedes students’ right to education. The article concludes by examining the diverse legal and military responses to this practice, and the foundation they lay for the 2015 Safe Schools Declaration and for further action. 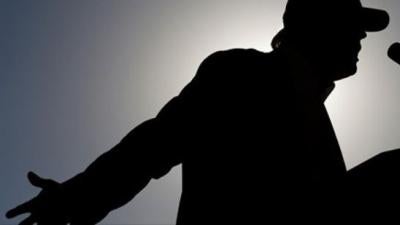