A Turkish military attack on an Iranian armed group in the Kurdistan Region of Iraq in late June 2020 failed to take adequate precautions to minimize civilian casualties.

The circumstances surrounding criminal charges against a researcher and human rights advocate in Russia strongly suggest that they are spurious and target him for his human rights work, Human Rights Watch said today. 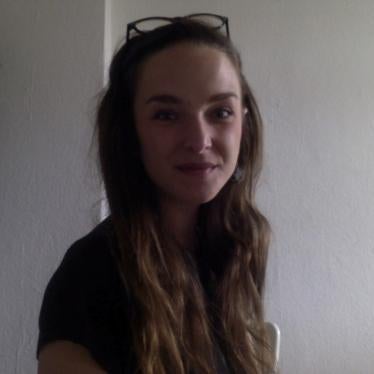 The Covid-19 pandemic has highlighted risks to asylum seekers living in large-scale, shared accommodations. In Germany, where asylum seekers are obliged by law to live in reception centers while their application is considered, it’s an urgent opportunity to rethink this housing model.

A friend once advised me to never meet my heroes because it would always disappoint. She never met Congressman John Lewis.

You did, indeed, fight the good fight and get into a lot of good trouble.

You served God and humanity well.
Thank you.
Take your rest. #JohnLewis pic.twitter.com/U1cPEwfCGO

People throughout the world are reflecting on the life and legacy of John Lewis, the venerated US Congressman and freedom fighter who died on Saturday at the age of 80.

John Lewis stood out for his willingness to put his life on the line to directly confront and end "Southern apartheid" in the United States. https://t.co/q5fTs8TpWe pic.twitter.com/45I62LyndL

John Lewis believed in the American project, and spent his whole life trying to perfect it.

I spoke with @SenBooker, @Sifill_LDF, @RevDrBarber, and @harrisonjaime about the world he helped create and the work that lies ahead. https://t.co/VTPzu1M92O

One of the original 13 Freedom Riders who challenged segregation in the early 1960s, John Lewis was beaten and arrested many times in the battle to end racist Jim Crow laws. He went on to help organize the historic 1963 March on Washington and eventually brought his civil and human rights work from the streets to Capitol Hill, where he served in the House of Representative for over 30 years and was revered as “the conscience of the US Congress.”

Rev. Jesse Jackson, who worked closely with Dr. Martin Luther King, Jr. and was a co-organizer of the March on Washington, eulogized Lewis in USA Today:

John Lewis was a bright, curious, and ambitious boy born in 1940 and raised by sharecroppers in the small, rural, segregated town of Troy, Alabama.

He was 14 when Thurgood Marshall rendered the 1954 Brown v. Board of Education decision ending legal segregation. He was 15 when Emmett Till was brutally murdered in Mississippi and his mangled body appeared in Jet Magazine. Rosa Parks, the Montgomery Bus Boycott of 1955-56 and the speeches of Dr. Martin Luther King Jr. he’d heard on the radio inspired him. He wanted to be a part of changing things. At 18 he wrote King asking for a meeting and when they met in Montgomery King said, “So you are John Lewis, the boy from Troy.” John became a key figure in a broad social and political movement.

Jackson argues that democracy in the US didn’t start with the signing of the Constitution. Instead, “it was born, with John Lewis as midwife, in Selma, Alabama, in 1965,” when Lewis led marchers across a bridge in a peaceful protest met with such violence that it is known as “Bloody Sunday” – and which prompted swift passage of the Voting Rights Act that removed barriers for Black people trying to cast a ballot.

Lewis had a significant impact on Nicole Austin-Hillery, head of the US program at Human Rights Watch. In an op-ed for CNN.com, she recalls looking to Lewis for inspiration in the formative stages of her career. “John Lewis was more than an icon or someone that I read about in books,” she writes. “I was a young, Black woman who grew up in public housing with dreams of becoming a civil rights lawyer, and John Lewis' journey was the template for the walk I hoped to take.”

When Austin-Hillery got the chance to meet Lewis in his congressional office – which would be the first of several opportunities for them to meet and eventually work together – the moment was nothing sort of magical.

There was no question too small or obvious for him to answer. He gave me more time than anyone of his stature would have been expected to allow and I savored every story, every parable and every lesson he shared.

It was his response to my last question that stuck and continues to guide me to this day. When I asked him how young people could ascend to leadership roles when seasoned leaders are unwilling to teach and mentor, he stiffened his back and without missing a beat told me: We didn't ask permission to move into leadership, we took it.

I see that today with the young warriors taking to the streets and demanding an end to systemic racism and injustice in the United States and around the globe.

Austin-Hillery says that one of the biggest lessons that Lewis imparted on her is the connection between civil and human rights.

“Now that I work at Human Rights Watch, I continually revisit lessons learned from him -- including that human rights and civil rights are inextricably linked,” she writes.

“When Mr. Lewis was arrested in Washington for demonstrating against apartheid at the South African embassy and outside Sudan's embassy for protesting genocide in Darfur, he underscored this connection and showed us all that the fight for rights is global.”

Rule of Law Conditionality Still on the Table

At first glance, it might look like European Union member states allowed themselves to be bullied into dropping the requirement that EU monies be tied to respect for the rule of law in the seven-year budget and emergency recovery package agreed on July 21. But the EU budget deal says two crucial things on the rule of law.

The decision on July 17, 2020 by the governments of Kazakhstan and Kyrgyzstan to start counting certain cases of pneumonia as Covid-19 in official data provides greater transparency and accountability and should improve their ability to protect people’s health, Human Rights Watch said today.

Japan’s government should pass the Equality Act ahead of next year’s Tokyo Olympics and Paralympics. 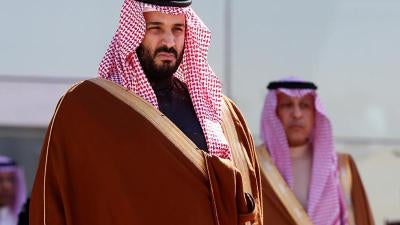 Premier League can block Saudi Arabia's attempts to sportswash horrible rights record; a danger - and an opportunity - in the new EU budget deal; trial against rights researcher in Russia; anti-corruption activists detained in Zimbabwe; no justice for massacre of migrants in Gambia; athletes in Japan suffer widespread abuse; celebrating the life of John Lewis, a US civil rights icon; and register now for the #FutureWeBuild event.