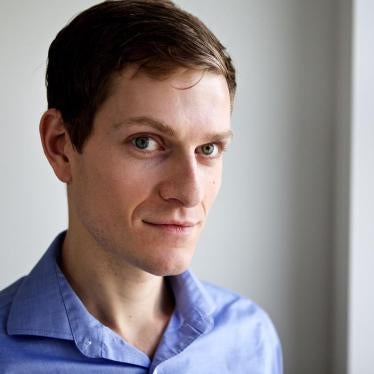 The US should reject a proposed rule that would give healthcare providers sweeping discretion to refuse patients care for religious or moral reasons.

Human Rights Watch has urged the US Secretary of Health and Human Services (HHS), Alex Azar, to discard the proposed rule, which was issued for public comment in January. The rule purports to clarify existing legal protections for religious or moral objectors under federal law. In reality, it would dramatically expand healthcare providers’ ability to turn away patients, without also protecting the rights of those who are refused care.

This would be particularly dangerous for women and lesbian, gay, bisexual, and transgender (LGBT) people, who face widespread discrimination and often lack access to healthcare services.

Carefully designed protections for objectors can protect freedom of religion. The proposed rule, however, falls far short of a rights-respecting approach.

The rule fails to acknowledge the barriers many women and LGBT people face in accessing care, particularly sexual and reproductive healthcare. And while pushing this rule forward, HHS has also weakened access to contraceptive services, removed online resources for lesbian and bisexual women, and announced plans to roll back regulations protecting transgender people.

The rule does not include safeguards to balance and protect patients’ rights, health, and well-being. This lack of safeguards – even for emergency situations – is a stark departure from the approach US law has typically taken, which has sought to ensure that religious and moral objections are balanced against the rights of others.

Given all of this, it is also troubling that the rule would permit a much wider range of people to refuse to provide care for religious or moral reasons – not only doctors, but potentially administrative and technical personnel, insurers, and others as well. Additionally, it would allow religious objectors to refuse to refer individuals to other healthcare providers, or to even give information to refused patients, potentially leaving them in the dark about their treatment options. This compromises their medical care.

Recent Human Rights Watch research has shown how sweeping religious exemptions at the state level have functioned to license discrimination and put LGBT people at risk. HHS can – and should – do better, and it can start by rejecting the proposed rule.