One Million People, Including Doctors and Teachers, Forced to Pick Cotton Each Year
Published in 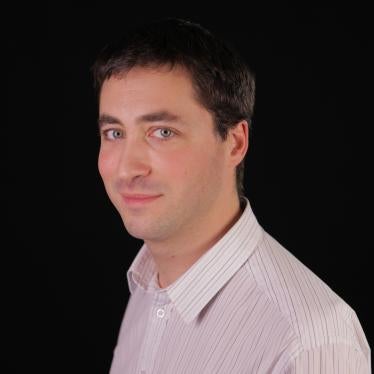 More than one million people are forced to work during the harvest season in Uzbekistan’s cotton fields under appalling conditions – doctors and nurses pulled out of hospitals, students driven out of universities. It’s an annual outrage committed by the government of Uzbekistan, whose elites live rich off the harvest’s proceeds.

And the European Parliament may be about to give this system its stamp of approval.

On Wednesday, the Parliament will vote on whether to lift a hold on a Textile Protocol with Uzbekistan, which it had blocked in 2011 over concerns about the government’s systematic use of forced labor. If adopted, the deal would lower tariffs on Uzbek cotton, allowing it to reach European markets more easily.

The economic impact of such a deal is fairly marginal – annual trade between the EU and Uzbekistan constituted only 1.6 billion euros (US$2.2 billion) in 2013. But approving the Protocol could undermine efforts to end forced labor, led by Uzbek activists, alongside their allies in the trade union and human rights movements, and even the apparel industry.

The Protocol’s fans argue the country has made improvements since 2013, when Uzbekistan first reduced the number of children being forced into the fields and allowed the International Labor Organization (ILO) into the country. Those hard won changes were indeed brought about through strong international pressure, including by the European Parliament. But since then, compensating for the reduction in child labor, authorities have relied more heavily on adult forced labor, with more than a million adults being forced to pick cotton this year, according to independent monitors in Uzbekistan.

The first recruits for the harvest are teachers, doctors, nurses, and other civil servants. Their absence from work each autumn disrupts the availability of medical care, education, and other essential services. Seeking to stem international criticism, the Uzbek government has cleverly sought to depict all those in the fields as mere “volunteers.” But independent monitors found evidence again this harvest that many cotton pickers were forced to sign statements of “voluntary” participation. The truth is that refusing to participate means losing one’s job, getting failing grades, or expulsion from university. Human rights activists or journalists reporting from the fields are often harassed, detained, and even beaten by authorities.

Recently, observers obtained – for the first time – a document from an official that confirms the Uzbek government is organizing the forced labor. In response to a complaint on forced involvement of doctors and teachers, a Chinaz district prosecutor referred to a July 2016 decree by the Cabinet of Ministers regarding the cotton harvest of 2016, under which a decision was “taken to deploy all staff to pick cotton. Based on this decision all staff of the district departments and medical establishments have been involved in picking cotton.”

Adopting this Protocol now sends the wrong message to Tashkent. At the very least, before the European Parliament takes up its vote, it should closely examine the abuses of the latest cotton harvest, including the new damning evidence emerging about the government’s hand in orchestrating it. Or do members want to be seen by Uzbekistan’s millions of victims of forced labor as the parliament that turned a blind eye to their suffering?