Published in
The Baltimore Sun 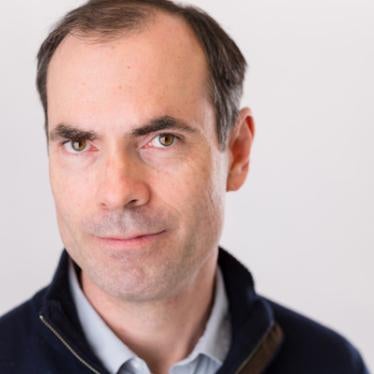 When I first visited the Baltimore City Detention Center in 1999, I found an archaic, decaying facility that held people in grim cells with no direct natural light. The detention center held many children who were charged as adults, and they suffered some of the worst abuses — including extended periods of confinement in cells punctuated by brutal acts of violence, often encouraged by guards.

Fifteen years later, some of the most egregious practices have ended, but the city jail still routinely violates the rights of detained children, the U.S. Department of Justice concluded in a letter made public March 26.

In particular, the Justice Department found that detention center staff use "seclusion"— solitary confinement — so routinely and for such long periods that some children end up spending months in isolation. One youth spent 143 days in solitary confinement between July 2013 and August 2014. In other cases, children were in seclusion about half the time they were in the city jail.

Such policies do lasting harm to detained children and ultimately make conditions even harder to manage at the jail.

For children, the evidence of solitary confinement's harmful effects is compelling.

When Human Rights Watch and the American Civil Liberties Union examined the use of solitary confinement of children in five states in 2012, children spoke about cutting themselves with staples or razors, having hallucinations, and losing touch with reality. Several said they had attempted suicide multiple times.

"The only thing left to do is go crazy — just sit and talk to the walls," a juvenile detainee in Florida told a colleague of mine, talking about solitary confinement. "Screaming, throwing stuff around — I feel like I am alone, like no one cares about me. Sometimes I feel like, why am I even living?"

The Justice Department notes that in the long term, solitary confinement of children "may result in mental deterioration, lead juveniles to engage in self-harm or exacerbate behavioral issues." The American Academy of Child and Adolescent Psychiatrists has urged a ban on solitary confinement, noting that "the potential psychiatric consequences of prolonged solitary confinement are well recognized and include depression, anxiety and psychosis" and that children's "developmental vulnerability" puts them at "particular risk of such adverse reactions."

That's why Juan Méndez, the United Nation's "Special Rapporteur on Torture," has concluded that children should never be subjected to solitary confinement. He regards the imposition of any length of time in solitary confinement on children as cruel, inhuman or degrading treatment or punishment — and even, in some cases, torture.

Not only does the city jail lock up too many youths in isolation for far too long, it also gives them little access to substance abuse and anger management classes, few organized recreation programs and too little time for exercise. Staff receive scant training on adolescent development. For teenagers who badly need positive adult guidance and structured ways of learning how to interact appropriately with others, these aren't optional extras; these services are crucial to their immediate well-being and eventual rehabilitation.

The Justice Department first opened its investigation into the city jail in 2000, prompted in part by a Human Rights Watch 1999 report. When it concluded its investigation in 2002, the department found a raft of constitutional violations against adults as well as children. The detention center has been under irregular federal oversight since that time.

Federal monitoring has led to some important improvements at the city jail. Its health services are better, although not yet at the level that's needed. We no longer hear of rampant violence among juvenile detainees. And the sheer number of children in the jail is dramatically reduced, from over 100 before the Justice Department investigation to two or three dozen today.

But it's clear from the latest Justice Department letter that practices at the Baltimore City Detention Center still fall far short of what's required. Since the state is responsible for the jail, Maryland should move expeditiously to correct these and other shortcomings.

Most important, though, the state should stop sending children to adult facilities like the city jail when they're charged in the adult courts. As the Justice Department notes, the city jail is "neither designed nor staffed to manage juveniles."

Maryland's lawmakers can most effectively respond to these latest Justice Department findings by taking the Baltimore City Detention Center out of the business of detaining children.