Why take the risk at Guantanamo? 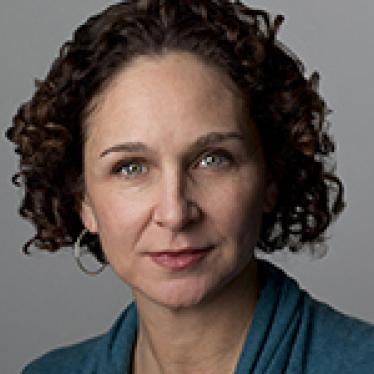 “Do I have authority to do that, counsel?” military judge U.S. Army Col. James Pohl asked frequently while presiding over the 9/11 case at Guantanamo Bay earlier this month. “I get a lot of cites to authority all over the board. One day it is DC Circuit, next day it is court martial practice,” he said at one point, seemingly exasperated.

The exasperation was not surprising given what is at stake. Pohl was handling the most important terrorism case of our time and the breadth, novelty and complexity of the issues seemed daunting. Even Military Commission Chief Prosecutor Mark Martins admitted “the case raises challenges for our government and our legal system that are unprecedented.”

The ambiguous authority is not surprising given the scant trial record of the post 9/11 military commissions, which have been refashioned in various forms since 2004. Court rules and procedures are still being tested and frequently revised. But on day two of the hearings the implications of this became abundantly clear. Over lunch recess, news arrived that one of only two cases tried to a verdict by these commissions, United States v. Hamdan, had just been overturned. This sent shockwaves through the court viewing gallery where many longtime commission-watchers were seated. A three-judge panel of the conservative DC Circuit found that the charge for which Hamdan was convicted, “material support for terrorism,” was not a war crime, and thus outside the reach of the commissions.

For Hamdan, Osama bin Laden’s driver, the meaning was clear: he could no longer be labeled a convicted war criminal. But for the military commission system, the meaning was broader: Given the numerous untested issues being raised, was trying the 9/11 defendants at Guantanamo really worth the risk a verdict would end up like Hamdan’s? When federal courts provide a time-tested, readily available alternative – the answer most definitely is no.

Principle aside, there are a plethora of logistical and practical problems involved with holding trials on this remote island. Unlike in federal court, where attorneys can walk down the street or drive to client visits, defense lawyers are reportedly flown down on government chartered flights. During hearings; prosecutors; support staff; victim family members; and independent observers are flown down too. Though the newly built, modern courtroom the public can see on closed circuit television from Fort Meade military base is pristine, with flat screen TVs and sophisticated communications technology, much of the rest of the complex, called “Camp Justice,” by the government, is made up of makeshift tents and trailers. One of the 30 or so motions before the court asked the government to clean up the rat feces, urine and mold in defense attorney work space.

As attorneys litigated the strict secrecy rules and communications restrictions defense attorneys say make adequately representing their clients near impossible, Khalid Sheikh Mohammed (known as KSM), sat quietly stroking his hennaed beard. He is one of five defendants in the case and alleged mastermind of 9/11. It was the same day the American Civil Liberties Union and 14 news organizations had finished arguing that the First Amendment barred use of a 40 second delay and “censorship button,” newly created for the Guantanamo court, to block public airing of defendant’s “observations and experiences” during years in secret CIA custody.

Later in the day, KSM said he wanted to speak. The comment threw the court into a frenzy: All proceedings are aired to the public on a 40 second delay, but should he be allowed to speak? If so, should the court censorship button be used? Should the courtroom be closed to the media and public? No one seemed to have a clear answer so a recess was called. When they returned, KSM was allowed to speak. He took the opportunity to give a brief lecture on, among other things, U.S. hypocrisy and overabundance of the use of force. He did not talk about his years in CIA custody and nothing was censored but the judge warned it was a one-time deal. He would not again “entertain personal comments of any accused about the way things are going.” Yet during the exchange, I couldn’t help but wonder –did KSM derive some sort of satisfaction over all this fuss?

In federal court, a defendant speaking in such fashion would probably be just a blip on the radar of the regular court proceedings. Attorneys would quickly get back to the task at hand. Yet here in Guantanamo, with so much focus on new rules and procedures set up for the commissions and use of things like a censorship button, actual justice is not making much progress. This past week was just preliminary hearings and most involved in the case acknowledge an actual trial is still years away.

The attacks of 9/11 were a great tragedy for all Americans and without doubt a crime that must be prosecuted. But it’s disturbing to watch that horrific crime so dramatically change the U.S. system of justice – a source of pride for so many Americans. It’s more disturbing given that it’s not necessary or prudent. Federal courts have completed hundreds of terrorism cases since 9/11, while the commissions have dispensed with a mere seven. With the Hamdan reversal and so many practical and legal problems on display, the executive and Congress need a reality check. Given the importance of the 9/11 cases for the victims, the U.S., and the rest of the world, is trying them before military commissions at Guantanamo really worth the risk?