People Power and the Philippines after 25 years 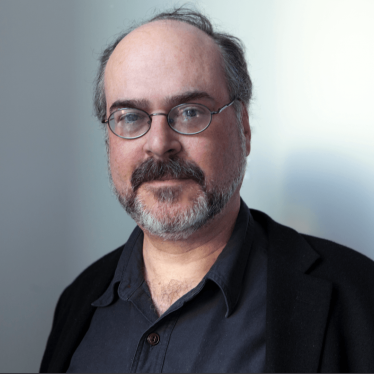 Filipinos can take special satisfaction in seeing hundreds of thousands of people take to the streets in Egypt and topple Hosni Mubarak. Twenty-five years ago this month, without Twitter or Facebook, "People Power" shook the Philippines, causing reverberations around the globe that are being felt to this day. The events in Egypt gave extra meaning to the Philippines' accomplishment-but also demand greater reflection on the more somber aftermath of those triumphant days in 1986.

As a newly minted human rights activist with the Lawyers Committee for Human Rights, I played my own small part in the EDSA Revolution from afar. Our book-length reports of widespread rights abuses by the Marcos government helped sway the Reagan administration and the US Congress to drop their longstanding support for President Ferdinand Marcos and encourage him to leave the country. (Several years earlier, then Vice President George H.W. Bush had infamously told Marcos: "We love your adherence to democratic principle and to the democratic process.")

Those following the events in the Philippines 25 years ago were not surprised when independent election monitors reported massive vote fraud in the presidential poll against Marcos' opponent, Corazon Aquino. We cheered when 30 computer technicians with the Commission on Elections courageously staged a walkout because of election tampering, setting off huge protests on EDSA. And we held our breath, wondering whose side they were really on, when key Marcos cronies defected to the Aquino camp and helped tip the power balance. But as in Egypt today, it was the thousands of ordinary people risking their lives in the face of a violent crackdown that ultimately made the difference.

As Egyptians will soon find out, throwing out the dictator is only the first step, and the road ahead is treacherous and long. I spent the immediate post-Marcos years-1987-88-living in the Philippines. Several of my activist friends had joined the new Aquino government. There were high hopes, but there was also an intractable communist insurgency and a military and national police force that still relied on extrajudicial killings, torture and "disappearances."

In January 1987, police and Marines fired on peasant farmers marching on Mendiola Street toward Malacañang Palace, killing 13 and wounding dozens. President Aquino inexplicably endorsed the armed "vigilante" groups in Mindanao, which already had been implicated in terrible abuses. And my colleague and friend Al Surigao, a fearless human rights lawyer in Cebu, was gunned down in his home by military "assets" on June 24, 1988, just a couple of months after he wrote to me that the military's threats against him had stopped.

Despite coup attempts, corruption in high places and a social structure in which wealth equals power, democracy in the Philippines has survived these 25 years. But democratic government is more than periodic elections. It is about having a government that respects basic rights and ensures redress when wrongs are committed.

What most pains me about the Philippines today is that many of the human rights violations we investigated and reported on in the turbulent post-EDSA years persist. On a recent visit, I saw that too much had remained unchanged. So-called "private armies" of local ruling families still commit abuses with impunity throughout the country; the November 2009 Maguindanao massacre of 58 people was not an aberration, but a foreseeable consequence of years of killings. Abuses by New People's Army rebels are met with abuses by pro-government paramilitaries. And killings by the security forces and their agents continue: more than 20 activists, labor organizers and journalists have been killed since Cory's son, Benigno Aquino III, became president last June.

A key reason that the abuses of two decades ago are occurring in 2011 is that successive Philippine administrations have failed to make accountability a priority. The Ampatuan family in Maguindanao believed they could safely eliminate their political opponents because that's what they had been doing for years, with no interference from the national authorities. No active member of the military implicated in any of the killings of several hundred leftist activists and politicians over the past decade has been successfully prosecuted.

People Power and the rebirth of democracy in the Philippines were Cory Aquino's greatest legacy. If the current President Aquino is going to make his mark, he will have to do more than avoid military coups and corruption charges. A few positive steps have been taken, such as pushing along the Maguindanao massacre trial, providing greater funding for witness protection and promoting adherence to human rights within the Armed Forces.

But solidifying democracy and respect for human rights requires bold and lasting measures. That means doing all that is necessary to end unlawful killings, whether by local government-backed "death squads" in cities or by the army in conflict areas. It means professionalizing the Armed Forces by merging law-abiding paramilitary forces into the reserves and disarming and abolishing all the rest. And it means promptly prosecuting those responsible for serious abuses, no matter how high up the civilian or military chain of command.

Events in Egypt-and previously in Poland, Indonesia and Tunisia-should make Filipinos proud of their contribution to human freedom throughout the globe. But the EDSA Revolution was 25 years ago. For the Philippines to again positively impact the world stage, the country must show that a democratic transition is also a transition to greater respect for human rights. The Aquino administration needs to bring the aspirations of People Power back home.

(Lawyer James Ross, legal and policy director at Human Rights Watch, has followed the human rights situation in the Philippines since the mid-1980s.)