Moving Beyond the Goldstone Report 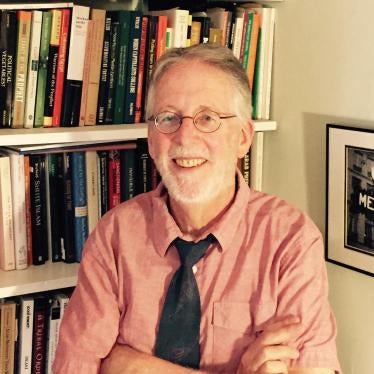 Two months ago in this column I raised the issue of accountability for war crimes committed in the Gaza conflict. I wrote that the findings and recommendations of the United Nations Fact-Finding Mission on the Gaza Conflict, and its reception by Israel, Hamas, the United States, and others, would be the key to achieving justice.

Today the matter remains unsettled, but the fact-finding mission's report has put accountability on the table in an unprecedented way. This is mainly thanks to the report's thoroughness and integrity, and despite the hostility of Israel, the dismaying response by the Palestinian Authority (PA), and sadly predictable disparagement by the United States.

The fact-finding mission, headed by Justice Richard Goldstone, concluded that both Israel and Hamas were responsible for serious violations of the laws of war, in some cases amounting to war crimes and possibly crimes against humanity. The report urged both parties to conduct impartial and thorough investigations into allegations of wrongdoing over the coming six months, and to initiate prosecutions or disciplinary measures as appropriate. Noting that neither side has displayed the combination of political will and institutional capacity to carry out such investigations, the fact-finding mission asked the Security Council to monitor their compliance and, if Israel and Hamas failed to take these steps, refer the matter to the International Criminal Court.

Israel and Hamas both criticized the Goldstone report for not distinguishing between the acts of victims and aggressors. The Netanyahu government rejected the findings unequivocally, claiming that IDF investigations were ongoing and had so far found no evidence of serious wrongdoing. The Hamas leadership, which earlier tried to justify unlawful rocket attacks against Israeli civilians as legitimate reprisals, said it would investigate allegations of Palestinian war crimes, although the Goldstone report found "no evidence of any system of public monitoring or accountability for serious violations of international humanitarian law and human rights law set up by the Gaza authorities."

President Barack Obama's team initially dismissed the report as "unbalanced" and "unacceptable," and, in a breathtakingly cynical step, said it would work to ensure that the report never left the UN Human Rights Council in Geneva - the very body that Washington, with justification, has criticized as biased on matters relating to Israel. European countries did not challenge the administration's approach. When in early October it looked like the Human Rights Council would pass a Palestinian-sponsored resolution endorsing the report "in its entirety," Washington put heavy pressure on PA President Mahmoud Abbas, and he instructed his Geneva delegation to withdraw the resolution abruptly. This caused a political firestorm among Palestinians, and the PA did another volte-face, calling for a special session of the Human Rights Council - in the words of PA Foreign Minister Riad al-Malki, "to rectify the malfunction that occurred at the Council in Geneva two weeks earlier." The council dutifully met again, and on October 16 passed a resolution that, among other things, endorsed the Goldstone report and referred it to the UN General Assembly and Secretary-General for consideration.

The Obama administration's posture to date has been regrettable. First, it has promoted the notion that justice and accountability measures impede progress in the "peace process." This is contrary to experience elsewhere, which shows that attacks on civilians fuel extremism on both sides and undermine prospects for peace, and contrary to the US approach in other conflict situations, such as Darfur and Congo. Second, it appears to endorse the Israeli claim that when "democracies" combat "terrorism" the laws of war are irrelevant and international scrutiny unacceptable. Here, too, US denigration of the Goldstone report contradicts the administration's message with its renunciation of torture and efforts to close the prison at Guantanamo. Finally, it's a stance that says accountability is less important when it involves close allies such as Israel, an inconsistency that will impede the quest for justice elsewhere.

The matter now shifts to UN headquarters in New York, but also to Israel and Gaza. The path is clear for Israel and Hamas to avoid having cases tried before an international court - namely, by conducting the thorough and impartial investigations recommended by the fact-finding mission - investigations that are required under international humanitarian law. What the UN needs to do is set up a monitoring body to determine if they take credible steps in this direction over the next six months.

Perhaps the US will now put some weight behind the call for investigations. In his statement at the special session in Geneva, the US spokesman said that calls for accountability "cannot be ignored or deflected." We don't know whether Washington tried to use its "no" vote in Geneva to leverage an Israeli agreement to conduct serious investigations. According to a British Foreign Office spokesperson, Prime Minister Gordon Brown conditioned a UK "no" vote on Israeli readiness to set up an independent investigative commission, ease the Gaza blockade, and freeze settlements. The UK (and France) ended up not casting votes. The US, UK, and France, and other states that claimed to support accountability but failed to support the resolution should now be pressing Israel to conduct serious investigations.

The Arab states currently on the Human Rights Council - Bahrain, Egypt, Jordan, Qatar, and Saudi Arabia - not surprisingly supported the PA's request for the special session and voted for the resolution. They should use the next steps in the General Assembly to make clear that their concerns about laws-of-war violations and impunity extend beyond Israel. One way they could do that would be to go clearly on the record that no cause -whether fighting terrorism or fighting to overthrow military occupation - permits attacks that target or indiscriminately harm civilians. They should also offer to assist Hamas in mounting the investigations it has said it will undertake. This is important not only because it is required under international humanitarian law, but also because efforts to hold Israel accountable are unlikely to bear fruit if Israel is able to pass this all off as a one-sided effort.