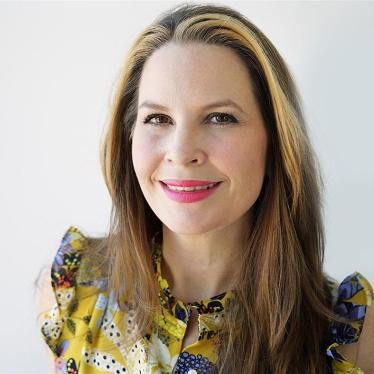 When China won the right to host the 2008 Olympics, it was due in good part to human rights pledges. These included a specific commitment of "complete freedom" to report for the global media. Beijing made these pledges after losing its first bid to host in 1993, largely because of the Tiananmen Square crackdown.

In his final presentation to win the Games, Beijing Mayor and Bidding Committee president Liu Qi proclaimed that winning the Olympics would "benefit the further development of our human rights cause."

Yet the past year has seen a steady deterioration of human rights in China. Outspoken human rights leaders have been jailed or put under house arrest, lawyers taking sensitive cases (such as those of Tibetan protestors) threatened and attacked, petitioners kicked out of Beijing, and journalists (domestic and foreign) harassed and detained.

It is a far cry from the early hopes of the International Olympic Committee (IOC). A leading IOC member, Dick Pound, said that Beijing's "presentation to IOC members was an acknowledgment of the concerns expressed in many parts of the world regarding its record on human rights, coupled with a pre-emptive suggestion that the IOC could help increase progress on such matters by awarding the Games to China."

With less than a month before the opening ceremonies, what can still be done to press China to honour its rights pledges, and to allow the estimated 25,000 journalists to do their jobs?

First, world leaders attending the Games should insist that the Chinese government honour its own pledges. Heads of state and government, including Prime Minister Gordon Brown and US President George Bush, should insist that Chinese leaders release imprisoned Chinese journalists, remaining Tiananmen-era prisoners, and those jailed for peaceful Olympics criticism. They should not be afraid to speak in a clear and public voice about the human rights situation in China, and not allow their message to be muddled in diplomatic posturing, as occurred with Brown's recent meeting with the Dalai Lama at Lambeth Palace instead of Downing Street.

Second, the International Olympic Committee should speak out against abuses that violate the spirit of the Olympic Charter. It should stop dancing around the broken pledge of complete media freedom. Foreign journalists should be able to tell the world what is happening in China.

Corporate sponsors, whose expenditures in excess of US$866 million mean they are literally paying for the Games, must also find a way to communicate concerns. If not, they risk subsidizing human rights abuses.

China's Olympic leader Liu Qi pledged that "China will live up to its words and will turn its words into deeds." Will China earn a gold, silver or bronze for making good on its human rights pledges? Or will it fail this Olympian challenge altogether?

Minky Worden is the media director of Human Rights Watch and editor of the new book China's Great Leap: The Beijing Games and Olympian Human Rights Challenges (Turnaround 2008). She was also a participant in the "China and human rights controversy" debate organized by the Institute of Ideas in London on July 12, and cosponsored by The Times: http://www.battleofideas.org.uk/index.php/2008/session_detail/1140/