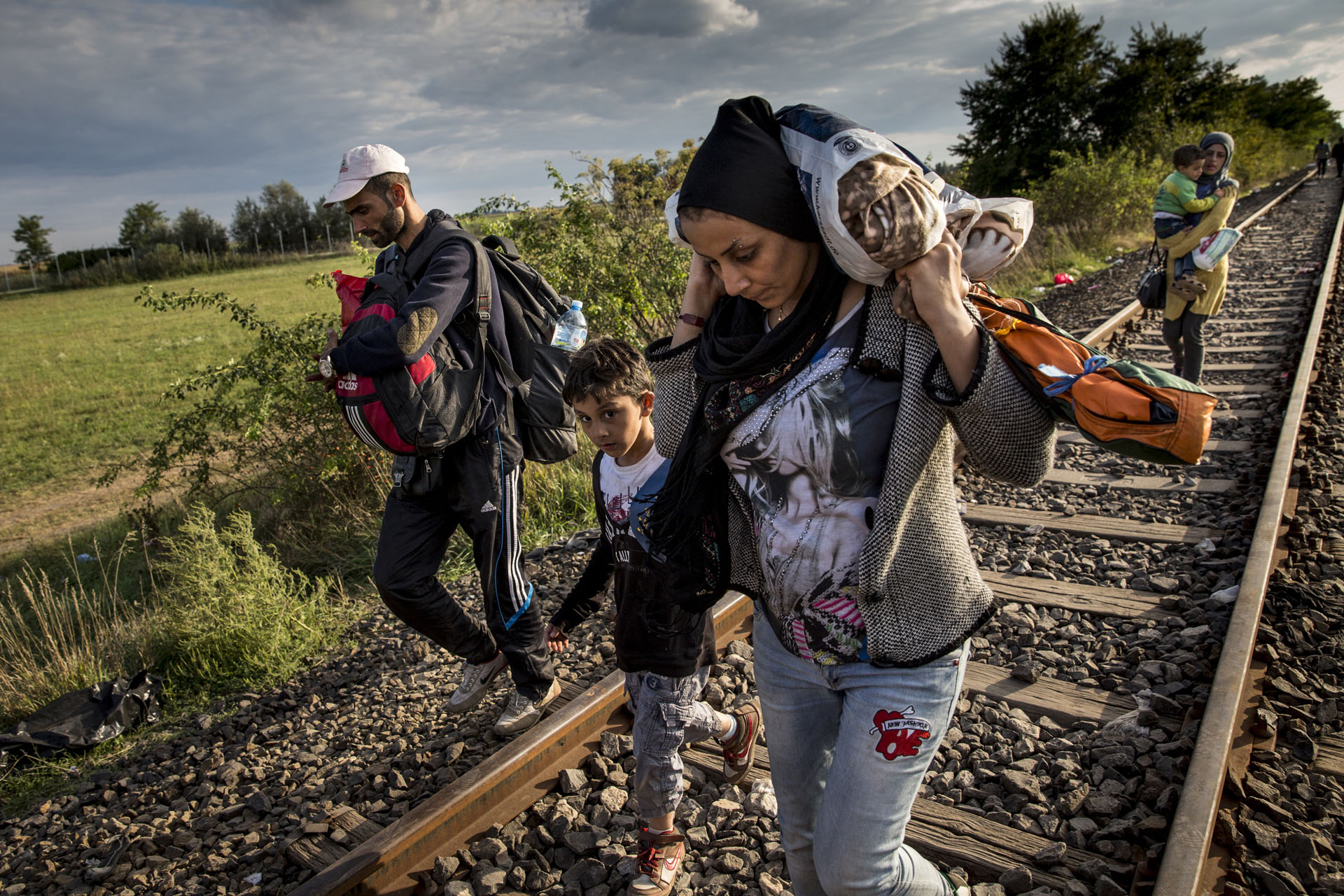 The world is in the midst of the worst refugee crisis since World War II. How did we get there? And what can we do to help refugees find a safe home?

WHAT THE EU AND ITS MEMBER COUNTRIES SHOULD DO:

Never return refugees to countries where they might be harmed or won’t be properly protected.

Send more aid to countries hosting the vast majority of refugees, such as Lebanon, Turkey and Jordan. Increasing refugee resettlement to other countries.

Save lives through search and rescue operations in the Mediterranean.

Meet the special needs of people with disabilities, pregnant and breast-feeding women, unaccompanied children, and other vulnerable groups.
WHAT YOU CAN DO:

Stand in solidarity with refugees by tweeting your support.

REFUGEES WHO ARE GIVING BACK 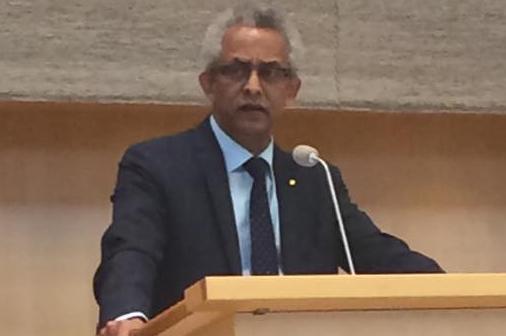 Today, Arhe Hamednaca is a member of Sweden's parliament. But at age 13, in his native Eritrea, he was part of a civil war.

He bought supplies and handed out leaflets for the Eritrean Liberation Front (ELF), rebels who fought Ethiopia's occupying army to gain independence.

At 14, he was captured and tortured by an anti-independence group. He felt sure that he would die. One year later, in 1968, he left his village after Easter Sunday services and joined the ELF as a child soldier.

He fought for a decade, then put down his gun, fleeing first to Sudan, then Saudi Arabia. In 1985 he moved to Sweden and received refugee status.

"I was part of the fight for freedom in Eritrea, but I didn't get my own freedom until I moved to Sweden," he said. "It was the first time I had been told I had rights as a human. It was something I felt grateful for. I felt I should pay something back."

"I had been involved in a fight for freedom. Politics is the next stage of this, to fight for justice."

He set about giving back. After Swedish woman of Kurdish descent was the victim of a so-called "honor" killing, he founded a non-profit, Sharaf Heroes, designed to combat honor-related oppression and violence through education.. He trained social workers, police officers, and teachers on the importance of integration. In 2004 he became a special adviser to Sweden's then-integration and equality minister, making him the first black person in Sweden's government.

He has served as a member of parliament since 2010, and has sat on the justice and health and welfare committees, among other responsibilities.

"It is a great responsibility for me to help Sweden, and I'm proud to be part of Swedish society. I chose this country because of its democracy and its good reputation. I wish one day Eritrea could have these things as well." 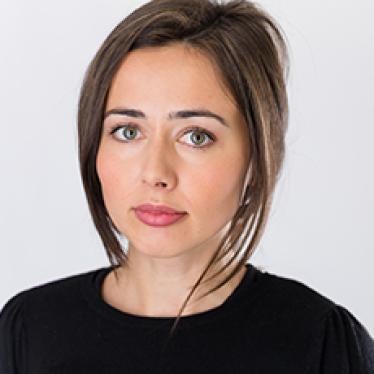 I was eight years old when war broke out in my country, Bosnia and Herzegovina, in 1992. I learned the fear of being woken in the middle of the night to the sound of artillery fire.

I learned the heartache of losing my first love - my dad - then my grandpa, then my best friend, Ilma. Then I stopped counting. I learned what it meant to be internally displaced, hungry, malnourished, cold, scared, wishing for the nightmare to end.

My aunt – who had left for Sweden at the beginning of the war – told us she had found someone to help us escape the country. She said we could join her in Sweden. To me, Sweden sounded strange, unknown and exciting.

But getting to Sweden was difficult. With nothing but what we could carry in our arms, three of us headed south to the border with Croatia, where we spent weeks in a makeshift refugee camp. One evening two men came to get us. The smugglers didn't say much, just put us in the back seat of their car and drove us first to a bar, where they drank beer and joked about the war while my mother, sister and I clung to one another. "Just don't separate us," I prayed.

We were lucky enough to survive our journey all those years ago. Four years later, we were able to return to Bosnia, where I attended university and later trained as a lawyer. Today I work at Human Rights Watch.

Because of my past, I know the fear refugees face when they lift their children onto rickety, overcrowded boats, knowing they may not make the crossing alive. But I also know the hope. I remember my joy and relief when our family eventually reached Sweden. I could finally forget my fear that, as well as taking my father and my friends, the war would steal my mother and my sister from me too.

In the early months of Syria's civil unrest, Sami, a Kurdish doctor, together with a group of his doctor friends, secretly treated wounded protesters – something that could lead to arrest under Assad's regime.

Eventually Sami was detained and spent two months being tortured in prison. He saw people die from diarrhea; he couldn't sleep because of the ever-present sounds of torture and screaming. After he was released, his family urged him to flee the country.

Before deciding to come to Europe, Sami (not his real name) spent seven months in Turkey, where he kept to himself. "I just read books and went to the supermarket. That's it." He came to Germany so he could continue his studies.

Sami now lives in Germany with a host family. He has his own room, TV, good food, and enjoys visiting his host "grandparents." They help him navigate his new life. "I have a second family now," he says. Sami volunteers as a translator at a refugee center.

Like many asylum seekers, Sami takes German classes. He hopes to bring his girlfriend to Berlin. He also wants to continue his medical studies in Germany, but no longer wants to be a surgeon – he now wants to be a psychiatrist. "I think many Syrians will need this. So many kids saw so much blood. Then there's the detainees, the people who experienced war…" he trails off.

He wants to move back to Syria after the war, but for now, he's focused on learning German and volunteering. "I love Berlin," he says. "Look at this city. It was once destroyed in a war. It was divided in half. And now, look at the people, it is so lively. Maybe Syria can be like Berlin."

Full of easy-going banter and laughter, Hassan (not his real name) is the kind of person you would want as a friend.

It's not surprising that although he left home with just his brother, he picked up 31 friends along the journey – one from Iraq, the rest from Syria. They crossed Europe together, and are all now in Germany.

He, 19, swipes through pictures of them on his phone – everyone sitting together with their backpacks in grassy fields – like any teenager eager to show off photos of friends. Another picture shows him running across a clearing, evading Hungarian police , he says. His mood darkens when asked about his family. He becomes stony, seems taller, broader and harder. "No," he says, sharply. "I don't talk about my family."

After arriving in Germany, Hassan began volunteering at the refugee center. In the morning he hands out clothes and baby carriages, and in the evening he works in reception, helping sort out food and shelter for new arrivals. He speaks English well and can help translate.

"So many people here need help," he says. "In Munich [where he first arrived in Germany] and in Berlin I was so scared. That's why I want to help, to tell people that it will be okay, that it's a nice country."

In Syria, Hassan was in his second year of business management studies. He'd like to complete his education in Germany. "I want to study and have a home," he says with a good-natured smile.

What is a refugee? What is the difference between refugees and migrants?

These and your other questions answered.

The Death of a Small Syrian Boy >>

Time Running Out For Syrian Refugee Kids Out Of School >>