With much of the world sadly heading in the wrong direction on human rights these days, Uzbekistan seems to be – and we say this cautiously – a rare good news story. For decades one of the world’s most abusive regimes, Uzbekistan is now on a different path. Under the country’s new president, Shavkat Mirziyoyev, we’ve seen the release of some political prisoners, the relaxing of certain restrictions on free expression, and the removal of citizens from the security services’ notorious “black list.” Still, significant challenges and obstacles remain. A Human Rights Watch team is on a short visit to continue our investigations and our push for further positive changes, including the release and rehabilitation of more political prisoners, and they will be sharing their observations here...

This week, we met with several former long-term political detainees in #Uzbekistan, some having spent up to 19 or 23 years simply for speaking up their mind.

They think every single day about the thousands others who have not been freed. pic.twitter.com/nJa2Oz8i6U

The Blocked and the Bad: The Internet in Uzbekistan

HRW's Steve Swerdlow speaks with VOA journalist Navbahor Imamova about her daily struggle with Uzbekistan's notoriously troublesome online connection to the outside world. Both VOA and HRW (among many other news sites and human rights organizations) are often blocked in Uzbekistan, but it's patchy, inconsistent and unpredictable. What's more, there are also infrastructure troubles on top of the political issues.

For a government now keen to open up to the world, fixing these problems is a must. 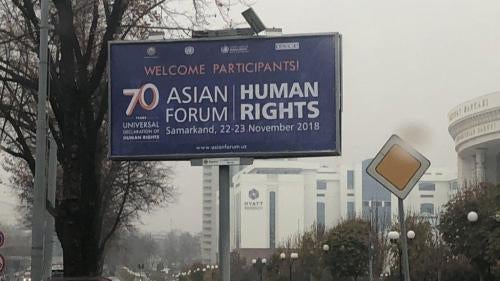 An Appeal from Yusuf Ruzimuradov

Yusuf Ruzimuradov, one of the world’s longest imprisoned journalists, was released earlier this year after 19 years in prison in Uzbekistan. He wanted the world to hear this message. English text is below.

“First of all, I want to thank my colleagues, representatives of human rights organizations for providing support while I was imprisoned for 19 years. I want to thank our President, who demonstrated the political will to release the many innocent people, who suffered only because they expressed their views, which were correct views. But I would like the work of human rights organizations to continue, because in Uzbekistan, there are still issues, though fewer, but there are still human rights abuses. There are people who remain behind bars and deserve a second chance. Some are innocent people, and some may even be guilty, but deserve mercy. To this end, I call on all the progressive forces, not only journalists and human rights organizations, but all progressive forces of Uzbekistan and internationally to provide support to our President, to continue with his good, political will to support people, allow freedom of speech, and provide for a healthy political opposition and free media. Thank you for your attention.”

A journey back to reality...

Yesterday in Qarshi, about 100 kilometers south of Samarkand, we had the opportunity to meet two of the many people who have recently been released from prison after long and unfair detentions. We documented heartbreaking stories that reflect the injustice of their arrests, we heard about the years stolen from their lives, and we explored the obstacles they now face since gaining freedom.

We had spent most of last week in formal setting, in a Forum where diplomats and officials outnumbered human rights activists. But the discussions during the weekend were a big dive into a tougher reality - and a reminder that the road towards justice is still long.

We'll be posting some new videos here as soon as we get a good enough connection - about their stories and about the difficulties of internet connections here.

Over the weekend, we've been visiting human rights activists & others in a few smaller towns & villages in Uzbekistan. The contrast between the lofty words we heard at last week's #AsiaForum in Samarkand & the reality on the ground for many is stark. More to come on that soon... pic.twitter.com/t06VXHRO1I

How is the EU approaching Central Asia?

In a new commentary piece, Philippe Dam writes, "There’s hope of greater political will to leave some of Central Asia’s most egregious violations behind. But there’s also fear, because repressive policies persist, and uncontested by the EU."

Where are the Uzbek rights activists at the rights conference?

Too few Uzbek civil society representatives could join #Samarkand Human Rights Forum. We hope they will be fully able to join when we celebrate the 75th anniversary of the Universal Declaration of #HumanRights, says @IPHR’s @BriDufour. @HRW warmly supports that call! pic.twitter.com/fDTH5a4E19

Summing Up Day 1 of Rights Conference 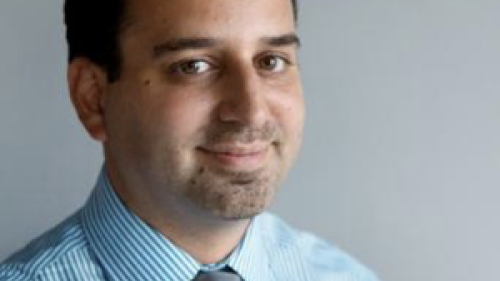 HRW's Steve Swerdlow and Andrew Stroehlein sum up the highs and lows of the first day of the human rights conference in Samarkand.

HRW's Steve Swerdlow looks ahead to an international human rights conference in Samarkand, another indication of the more encouraging new direction the Uzbek government has been taking.

On the Train to Samarkand

HRW's Steve Swerdlow and Philippe Dam are on the express train to Samarkand, where they look back at a long day of expert discussions on the decreasing use of forced labor in Uzbekistan's cotton fields. 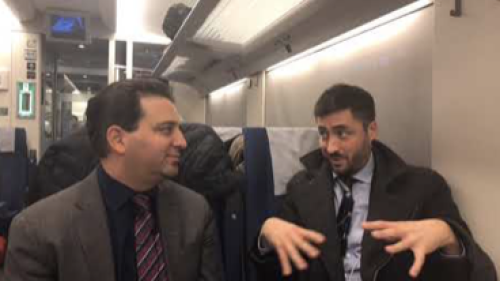